AL West teams at the start of spring training 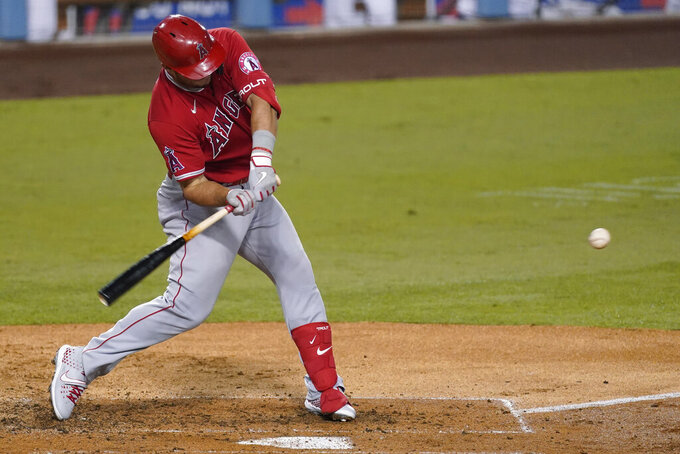 A team-by-team look at the American League West entering spring training, including key players each club acquired and lost, and dates of the first workout for pitchers and catchers, and the full squad:

Going campin’: After winning their first division title in seven years, the A’s took some serious hits this offseason with Semien leaving to sign a one-year deal in Toronto after not getting a qualifying offer from Oakland and star closer Hendriks signing with the White Sox. The A’s acquired Andrus to replace Semien at shortstop but the 32-year-old batted just .194 in limited time last season. There are still plenty of key pieces in Oakland led by 3B Matt Chapman and 1B Matt Olson, along with a young rotation anchored by Frankie Montas, Sean Manaea and Jesús Luzardo. A.J. Puk is coming off shoulder surgery but also could contribute. The A’s have not yet determined whether they will allow fans at their spring training games.

Park: The Ballpark of the Palm Beaches

Going campin’: The Astros finished the pandemic-shortened regular season with a losing record but heated up in October and came within a win of reaching the World Series for the third time in four years. They relied on a bevy of talented young pitchers to carry them in a season when ace Justin Verlander made just one start. Those young starters, led by Lance McCullers Jr., Jose Urquidy and Cristian Javier, will have to take another step forward this season with Verlander out all year after undergoing Tommy John surgery. They’ll also have a huge hole in their lineup after leadoff hitter and center fielder Springer signed a six-year, $150 million contract with the Blue Jays after spending his first seven major league seasons in Houston. The Astros brought back veteran outfielder Michael Brantley, who signed a two-year deal to stay with the team, and their offense should get a boost with the return of designated hitter Yordan Alvarez. The 2019 AL Rookie of the Year is expected to be healthy after missing all but two games last season after being diagnosed with COVID-19 before having knee surgery. His return should help make up for the loss of Springer’s production in a lineup that also features 3B Alex Bregman, 2B Jose Altuve and SS Carlos Correa, who powered the offense in the playoffs with six homers and 17 RBIs. The Astros will welcome a limited number of fans to spring training games but have not released details on how many will be allowed in the ballpark.

Going campin’: The next phase of the rebuild begins this season and it could be the most important. After a shortened 2020 season, the Mariners need a full year to take account of whether their young prospects are on the cusp of becoming regular starters in the majors or if the timeline of hoping to contend in 2022 needs to be adjusted. Kyle Lewis seems on the verge of stardom after winning the AL Rookie of the Year award. He highlights a talented group of outfielders that should be bolstered by the return of Mitch Haniger. J.P. Crawford and Evan White won Gold Gloves on the infield, but 3B Kyle Seager should be watched as he enters the final year of his contract. Seattle’s most pressing questions entering spring training are at 2B and in the back of the rotation. Two bigger questions long term are top prospects Kelenic and Gilbert and whether either one will start the season in the majors, or if Seattle will play the service-time game and delay their arrivals until closer to midseason.

Going campin’: The big-budget Angels believe they’ve got the talent and stability to end their streaks of five straight losing seasons — the franchise’s longest skid since the 1970s — and six consecutive non-playoff campaigns. With much of the AL West rebuilding or rebooting, the timing could be right for the Halos to get Mike Trout’s first playoff victory. Coming off a bumpy year by his peerless standards, Trout is back along with 3B Anthony Rendon for their first full season together. Rendon picked up steam after a rocky start in LA, as did the rest of the irrepressible Maddon’s first team in Anaheim. Starting pitching was the Angels’ biggest problem, but new GM Minasian addressed it only by acquiring Quintana and Cobb instead of bigger-name targets. Starting with new closer Iglesias, Minasian is also overhauling the awful bullpen in a project that’s likely to continue into the season. While they’re talented enough to win now, this also is a transition year for the Angels, with only four players under contract past 2021 — including Shohei Ohtani, who will be a two-way player again after a rough 2020. This is also a probable farewell season for 41-year-old Albert Pujols, the oldest player in the majors as he hits the final summer of his 10-year contract with a fraction of his prime effectiveness. Fifth in major league history with 662 homers, Pujols needs 34 to catch Alex Rodriguez for fourth, but he hasn’t reached that mark since 2015.

Going campin’: The rebuilding Rangers traded the lone player left from their only two World Series appearances a decade ago, sending the 32-year-old Andrus to division rival Oakland this month. Texas had already made it clear that Isiah Kiner-Falefa would go to spring training as its top shortstop over Andrus, whose 12 seasons as the starter included the 2010 and 2011 AL championship teams. Kiner-Falefa won a Gold Glove at 3B last season, but the 25-year-old Hawaiian is a natural shortstop. There could also be a change at second base. Nick Solak will compete with long-struggling Rougned Odor (.167 last season), who is no longer guaranteed a starting job even while owed $24 million over two more seasons. Joey Gallo, an All-Star in his injury-shortened 2019 season, won a Gold Glove in right field last year, but hit only .181 with 79 strikeouts and 10 homers in 57 games. Dahl was an NL All-Star with Colorado in 2019, and slugger Davis came over from the A’s in the Andrus deal. Veteran RHPs Kyle Gibson and Jordan Lyles, who were a combined 3-12 last season, are the top starters remaining after the offseason departures of Lynn (trade) and Kluber (free agency). Innings-eating Arihara, a former rookie of the year in Japan, signed for two years, and Foltynewicz one year. Dunning, obtained from the White Sox for Lynn, is among several youngsters competing for a rotation spot.