'All talk, no action' defense likely in Michigan kidnap case 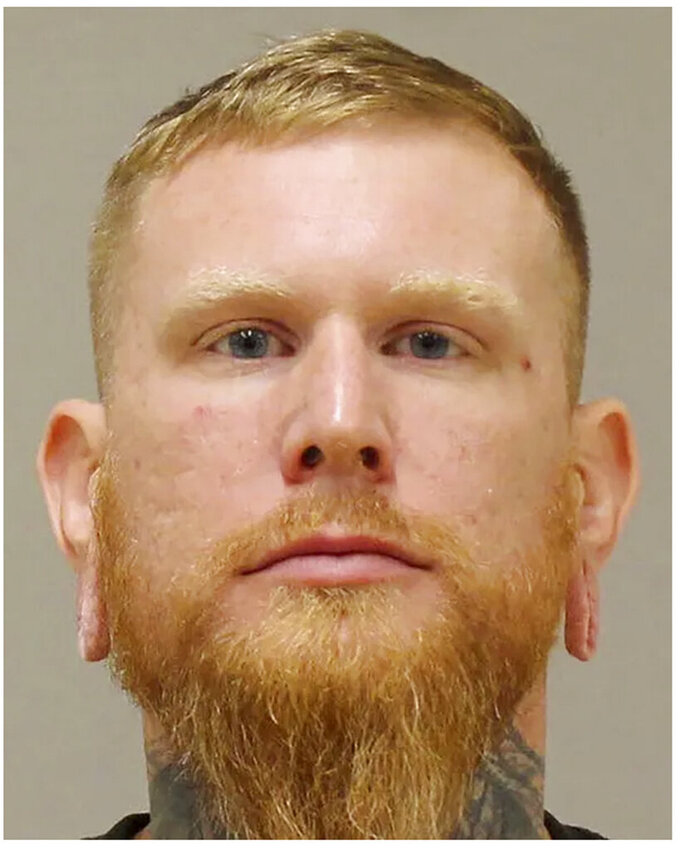 In a photo provided by the Kent County Sheriff, Brandon Caserta is shown in a booking photo. Caserta is one of several people charged with plotting to kidnap Michigan Democratic Gov. Gretchen Whitmer, authorities said Thursday, Oct. 8, 2020, in announcing charges in an alleged scheme that involved months of planning and even rehearsals to snatch Whitmer from her vacation home. (Kent County Sheriff via AP) 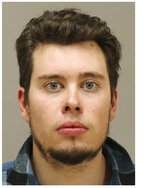 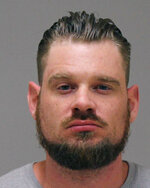 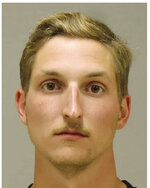 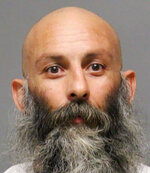 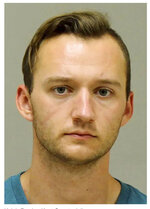 TRAVERSE CITY, Mich. (AP) — When members of a Michigan paramilitary group were accused a decade ago of scheming to overthrow the U.S. government, their defense was based largely on one claim: We were all talk, no action.

It worked so well that a federal judge took the rare step of dismissing most charges against the extremist group known as Hutaree, without giving the jury a say.

A defense lawyer in that case now represents Ty Garbin, one of six men accused of conspiring to kidnap Democratic Gov. Gretchen Whitmer because of anger over her stay-at-home policies to contain the coronavirus. Again, attorney Mark Satawa contends his client had no intention to carry out the alleged plan, whatever he might have said in recorded or online conversations.

“Saying things like ‘I hate the governor, the governor is tyrannical’ ... is not illegal, even if you're holding a gun and running around the woods when you do it," Satawa told The Associated Press.

The “big talk” argument likely will be a primary theme for the defense, as attorneys indicated during a preliminary hearing this month. The verdict may turn on whether the judge or jury are convinced the plot was serious, say trial lawyers not involved with the matter.

Yet they caution that unique factors pose challenges and uncertainties for both sides — particularly as the matter unfolds against the backdrop of a pandemic, economic upheaval and a yawning political divide in the U.S.

“The defense lawyers are going to have their work cut out for them finding fair and impartial jurors who haven't predetermined the outcome before they hear the case,” said Mike Rataj, another member of the defense team for the Hutaree, who were acquitted in 2012.

“On its face it looks terrible," Rataj said, referring to police and news reports about the kidnap plot allegations.

A crucial difference between the Hutaree case and this one is that the Hutaree extremists were charged with sedition — rebellion against the government. In the alleged plot against Whitmer, six men, led by Adam Fox of the Michigan III%ers, are charged in federal court with conspiracy to kidnap — a more specific allegation.

Authorities say members of a second anti-government organization also participated in the abduction scheme. Eight other men are believed to be members or associates of a group called the Wolverine Watchmen and are charged in state court with counts including providing material support for terrorist acts. Some of the Wolverine Watchmen are accused of planning and training for other violent crimes, including storming the Michigan Capitol building.

To win a conviction on the federal charges, prosecutors must prove beyond a reasonable doubt that more than one person agreed to kidnap the governor and took at least one step toward carrying out the plan.

The preliminary hearing showed the prosecution would use text messages and conversations secretly recorded by informants as evidence. The plotters cased Whitmer's northern Michigan vacation home in August and September and one purchased a Taser, while others agreed to buy explosives and tactical gear, FBI agent Richard Trask testified.

Defense attorneys grilled Trask about missing details, such as how the kidnapping would be done and where Whitmer would be taken. They questioned whether infiltrators had egged on the defendants. They argued that inflammatory comments and even live-fire training exercises were constitutionally protected.

Magistrate Judge Sally Berens ruled there was enough to send the case to a grand jury, which could issue indictments.

“The government isn't required to show that the conspirators signed on a dotted line or had a five-step plan for exactly how it was to go,” she said. “They're required to show unity of purpose.”

But the defense likely will portray the plot as more fantasy than reality, said John Smietanka, a former federal prosecutor.

“The tricky thing about conspiracy cases is ... when you have multiple parties, whether they have the same motives and agree on a common plan," said Smietanka, who also has been a defense lawyer. “What exactly did they agree to, and how?"

Defense attorneys probably also will focus on the informants and raise the idea of entrapment, he said.

A potential wild card is the defendants' alleged political motivation.

While polls show many Michigan residents support Whitmer's strict handling of the coronavirus outbreak, she has drawn fierce opposition from some conservatives, including people who rallied at the state Capitol.

The jury pool in a kidnapping trial would be drawn from western Michigan, which leans Republican.

“Some of them may be sympathetic to these guys," Rataj said. “They may not like the governor. They might be the kind of folks who think she exceeded her power."

Prosecutors will try to weed out potential jurors who might be biased against Whitmer or the government in general, or skeptical about the pandemic, he said.

Defense attorneys, meanwhile, will be on the lookout for those who might be turned off by anti-government paramilitary activities.

“A federal judge is going to give you a lot of leeway in asking jurors about their sympathies and thinking” in the hope of getting an impartial panel, said Terry Dillon, another former federal prosecutor.

But at a time of bitter partisanship and overheated political rhetoric, he said, a claim that “this was loose talk, I was frustrated, I was just mouthing off, I never in this world intended to do anything” might be enough to raise doubts.

“All you need is one to hang a jury," Dillon said.