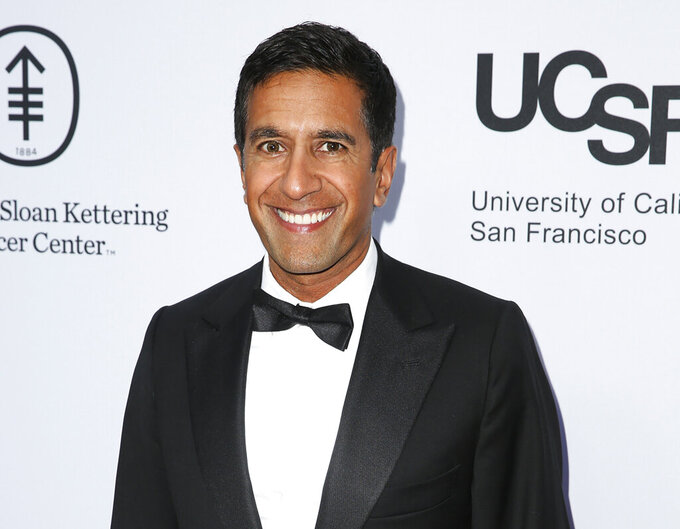 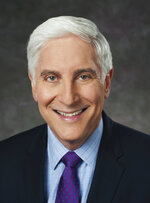 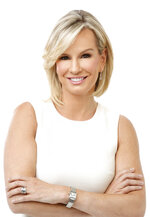 NEW YORK (AP) — Here's an assignment to humble even the most confident doctor: Assess a patient's condition before millions of people without being able to examine him or see a complete medical chart.

That, in effect, is what medical experts at news organizations have been asked to do since President Donald Trump revealed Friday that he had tested positive for COVID-19.

They have a fine line to walk, needing to decide what level of speculation — if any — that they’re comfortable with, how much to read into medications the president has been prescribed and how to explain the course of a virus so new that it still confounds the people who study it.

“You try to put the pieces of the puzzle together,” said CNN's Dr. Sanjay Gupta, who logged hours comparable to his residency days in the wake of Trump's announcement.

A second or third opinion is only a click away. The question of whether Trump developed COVID 19-related pneumonia is one example of how media experts have differed despite access to the same information.

All would like to see images of Trump's lungs, but they haven't been made available. Dr. Vin Gupta (no relation to Sanjay), a pulmonologist who treats coronavirus patients and contributes for NBC News, is confident that Trump has pneumonia because the president has had shortness of breath, low oxygen levels in his blood and has COVID-19.

CBS News' Dr. Jon LaPook is less definitive, but believes that's the case “because if he had a chest x-ray and it was normal, they would be shouting it from the rooftops.”

But Dr. Jen Ashton, ABC News' chief medical correspondent, said that would be “quintessential speculation” because the president's medical team hasn't made that diagnosis publicly. His doctors said there were some pulmonary findings on imaging tests, but there are other things that could mean besides pneumonia.

“We don't know what the findings were, and that is precisely why I didn't jump to conclusions,” Ashton said.

For Vin Gupta, however, “this is my wheelhouse.

“What might be speculative for another journalist, for me there's a level of concreteness that I feel exists that I try to pass along,” he said.

Ashton also objects to how some in the media have pinned percentages on Trump's likely survival. Dr. Martin Makary said on Fox News Channel that Trump had a 99.4 percent chance of surviving COVID-19; CNN's Gupta said it's “90 to 95 percent” that he'll get through.

“This has been very, very challenging,” Ashton said. “The way that I've handled this is that I do not speculate. And one of my pet peeves in this story, as it is in all medical media, is when everyone with an ‘MD’ after their name thinks that they can offer inside baseball.”

Imagine the confusion visitors to newsstands in Massachusetts might have felt on Monday. “Trump is improving, doctors say,” was the banner headline on the Wall Street Journal. “Fresh concerns on Trump's health,” headlined the Boston Globe.

The New York Times, in a Monday story by Katherine J. Wu and Jonathan Corum, noted that while it's too soon to tell whether Trump's illness will follow a typical course, used it as a teachable moment to outline in detail what doctors have learned about its progression.

In The Washington Post on Tuesday, Dr. Kavita Patel, who has treated COVID-19 patients in Washington's St. Mary's Hospital, wrote a column suggesting Trump's case made no sense.

“Is he strong and invincible, as his words and actions attempt to show?” Patel wrote. “Is he in need of experimental treatments reserved for severely ill patients, as his medical charts would indicate? Or are his doctors simply throwing everything at him to see what works? Five days into Trump's illness, we don't know.”

CNN's Gupta has been particularly critical of Trump's team for not releasing more medical information, and is a translator after medical briefings to outline what has and hasn't been said and what it all means.

Yet after Gupta suggested at one point that he thought Trump was sicker than his doctors were letting on, a media critic hit back at him. “What is the point of this fact-free nonsense?” tweeted Steve Krakauer, who writes the Fourth Watch newsletter.

“It's a lot harder than if they were just straightforward about it,” Gupta said in an interview. “I think about it a lot when I try to put these things together, and I don't think I'm speculating when I do that. After all, we look at his age and risk factors. I've said from the start, the odds are very much in his favor.”

When Trump climbed an outdoor staircase upon his return to the White House and exhibited shortness of breath, that was pointed to by several commentators as a sign of his illness.

Then again, as Gupta noted, the president is 74 years old, clinically obese and just climbed a flight of stairs. That alone could make him breathe heavily.

It's why, more often than not, the media medical reports have been dominated by careful couching. Doctors would explain, for example, what drugs like the antiviral remdesivir or the steroid dexamethasone that had been prescribed to Trump typically mean in clinical settings without being definitive on what it said about the president.

“Medicine is eternally humbling,” LaPook said. “If you have any hubris left and you have been a doctor for five years, you are in the wrong profession. I think that's why you hear a lot of us say ‘probably’ and ‘it makes sense’ and ‘it could be.’ We're not the president's doctors.”

This story corrects the first name of Dr. Jon LaPook, it is not John.