On Anzac Day, services in lockdown replaced by home vigils 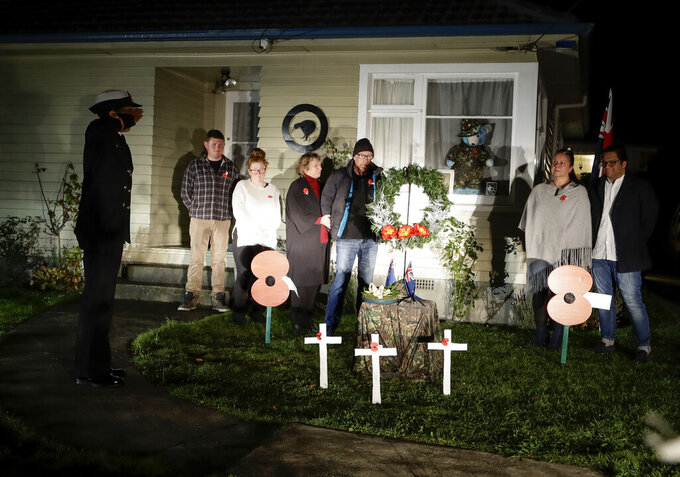 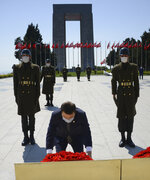 CANBERRA, Australia (AP) — Traditional crowds at dawn services for the Anzac Day memorial holiday in Australia were replaced Saturday with candlelit vigils in driveways and neighbors gathering to listen to buglers play “The Last Post.”

Restrictions on crowds and social distancing due to the coronavirus meant that the usual packed dawn services in cities and towns across the country were not held. The holiday, also celebrated in New Zealand, marks the anniversary of New Zealand and Australian soldiers, known as Anzacs, landing on the Gallipoli Peninsula in 1915.

More than 10,000 soldiers from the two countries were killed during that World War I campaign in what’s now Turkey, although Anzac Day honors those killed in all wars.

Visiting the site in Canakkale, in northwestern Turkey, has become a pilgrimage for many Australians and New Zealanders to remember their fallen compatriots, but the annual dawn service and other commemorative ceremonies were canceled this year to stem the spread of COVID-19.

In France, in the town of Villers-Bretonneux in the Somme, Deputy Mayor Benoit Decottegnie laid a wreath at sunrise at the Australian National Memorial that honors Australian soldiers who fought and died in France and Belgium.

With France in a coronavirus lockdown, there were no crowds. Decottegnie also laid a wreath at another monument to victims of World War I in the center of town.

“It is true that this ambiance is really particular. There is no one,” he said. “It is very, very, very frustrating, and I know that our Australian friends are also saddened by not being able to assist.”

“Of course, I hope that a lot of people will commemorate this by lighting a candle or by a minute of silence or by any other means,” Decottegnie said.

In Australia's capital, Canberra, Prime Minister Scott Morrison spoke at a crowd-free commemorative service held inside the Australian War Memorial. A didgeridoo sounded the beginning of the service.

In the Sydney suburb of Wahroonga, 8-year-old trumpeter Lewis Ketteridge and 16-year-old French horn player Grace Colville were among a dozen brass musicians playing “The Last Post” from their driveways at dawn before 40 residents observed a moment of silence.

“Strangely, it made it more moving that people were still willing to commemorate Anzac Day instead of just letting it go by,” said resident Catherine Colville.

She said the community carefully maintained social distancing as they placed candles, pictures of serving ancestors and wreaths of native leaves and flowers under an Australian flag hanging on a tree.

Marches and gatherings were canceled for only the third time — they were previously canceled in 1942 and during the devastating Spanish flu outbreak of 1918.

In New Zealand, where even tighter crowd restrictions are in place, Prime Minister Jacinda Ardern stood at dawn on the driveway of Premier House, the leader’s official residence, for a ceremony.

Thousands around New Zealand participated in the “Stand at Dawn” initiative, and in one Christchurch suburb, bagpiper Tom Glove greeted the families that gathered at each driveway with a rendition of “Amazing Grace.”