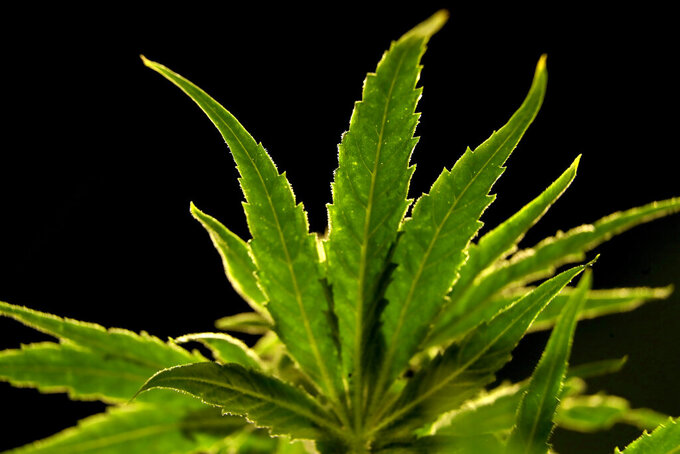 Results are now coming after millions cast mail-in ballots for president, Senate, House and three ballot questions more than a month ago.

The presidential race between Biden and incumbent Republican Donald Trump, and the U.S. Senate race, weren’t expected to be close in New Jersey. And they weren’t. Biden easily won the state, and Booker won a second full term, defeating Republican Rik Mehta.

One House race remained too early to call: Incumbent Rep. Jeff Van Drew is seeking to keep his seat against Democrat Amy Kennedy.

This year’s election is unique because it’s being conducted mostly by mail-in ballots.

A closer look at this year’s most watched races:

Biden, the former vice president, won New Jersey’s 14 electoral votes Tuesday, continuing Democrats’ stranglehold on the state. Republicans haven’t won in New Jersey since 1988. Despite the president’s ties to New Jersey, he was never expected to carry the state.

Trump owns golf clubs in Bedminster, Colts Neck and Pine Hill. He also operated now-defunct casinos in Atlantic City. The president regularly stays at his Bedminster club throughout the summer.

Booker defeated Republican Rik Mehta, a business executive with a law degree and a doctorate in pharmacy.

Booker ran an unsuccessful primary campaign for president this year. While he lost the nomination to former Vice President Joe Biden, Booker had a lock on Democratic support in the state, winning Gov. Phil Murphy’s endorsement.

His victory cements New Jersey as a Democratic stronghold.

The last Republican elected to the Senate was Clifford Case in 1972.

Booker won a special election in 2013 after the death of Democrat Frank Lautenberg. He won his first full term in 2014.

The ballot question means that New Jersey will join the District of Columbia and a dozen other states to legalize cannabis. Arizona also voted to approve recreational marijuana on Tuesday.

Under the amendment, only those 21 and older could legally buy and use the drug.

It’s unclear when cannabis will be available because legislation must first be passed in order to set up the new marijuana market.

This is perhaps the most closely watched race in the state. Incumbent Rep. Jeff Van Drew gained national attention when he abandoned the Democratic Party in December and became a Republican, saying he couldn’t support impeachment of the president. He pledged his “undying support” to Trump during an Oval Office meeting and in January hosted the president in Wildwood for a rally.

That was before the COVID-19 outbreak. Since then, Van Drew has been locked in a tight race against Democratic opponent Amy Kennedy, a former public school teacher. She’s also the spouse of former Democratic Rep. Patrick Kennedy, son of the late Sen. Ted Kennedy.

The southern New Jersey district encompasses all or part of eight counties and supported Trump in 2016, though it backed Democrat Barack Obama in his two presidential runs.

Kim was a political newcomer when he knocked off Republican Tom MacArthur in 2018 by a slim margin, and campaigned on making health care affordable in the Burlington and Ocean county-based 3rd District.

Trump carried the district four years ago before Kim ousted MacArthur, who was a key author of the GOP’s failed health care plan.

Richter is a former executive at Hill International, and had originally planned to run against Rep. Jeff Van Drew in the 2nd District, but changed his mind and districts when Van Drew became a Republican.

Kean serves as the Republican minority leader in the state Senate, and is the son of former popular GOP Gov. Tom Kean Sr. He was also an unsuccessful candidate for U.S. Senate in 2006, losing to Democrat Bob Menendez.

She won the seat in 2018 after Republican Rodney Frelinghuysen retired. The district had been a longtime Republican stronghold, but began to change, particularly under Republican President Donald Trump.

Sherrill voted for the articles of impeachment against Trump in 2019, and centered her campaign on health care, particularly on protecting pre-existing conditions coverage.

In the state's other eight House districts, Democrats sought to defend seven seats and succeeded.

Republican Rep. Chris Smith, the only other Republican besides Van Drew, won his 21st term in the House, beating Democrat Stephanie Schmid and three other candidates.

Democratic incumbents Donald Payne Jr. and Albio Sires won on Tuesday, Payne for a sixth term and Sires for a ninth.

Marty Small, the Democratic incumbent, was leading in incomplete totals reported by the county clerk's office, which said no additional results would be released Tuesday night. Small was running for the final year of his predecessor’s unexpired term. He was being challenged by Republican Tom Forkin. The winner will presumably run again next year for a full four-year term. It’s a time of upheaval in the seaside gambling resort, struggling with the coronavirus pandemic that has kept casinos restricted to 25% of capacity. The city also remains under state control under a takeover law approved by former Republican Gov. Chris Christie and the Democrat-controlled state Legislature.

This article has been corrected to show Rep. Chris Smith's challenger is Stephanie Schmid, not Scmid.