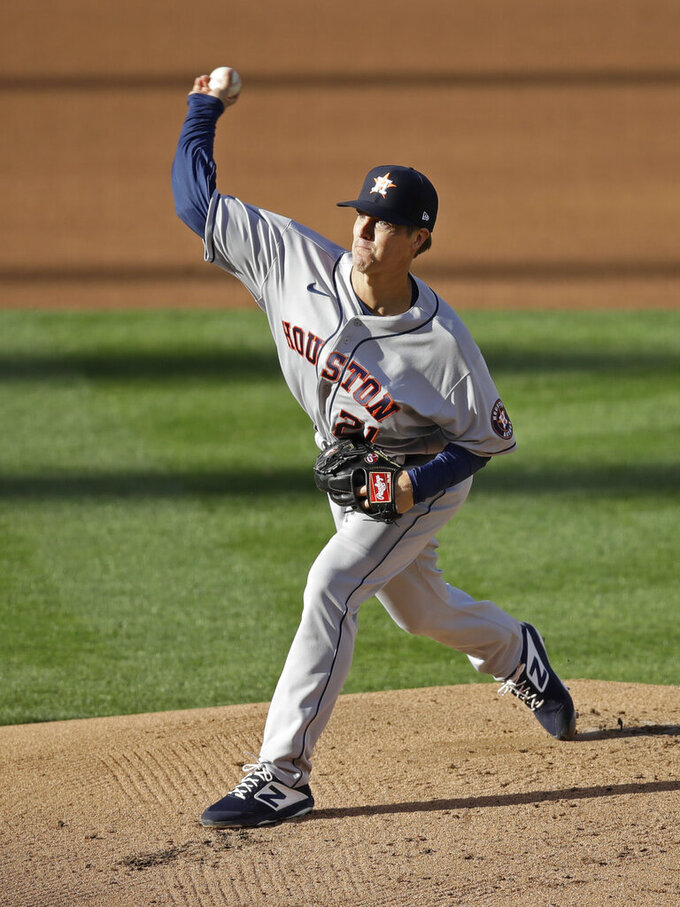 NEW YORK (AP) — Major League Baseball’s eye-popping salaries took an astonishing dive during the coronavirus pandemic to their lowest level in nearly a quarter-century, according to a study by The Associated Press.

Washington pitcher Max Scherzer topped the shortened season’s list at $17.8 million, his income partially protected by a huge signing bonus. That is the lowest amount for baseball’s highest-paid player since Los Angeles Dodgers pitcher Kevin Brown made $15.7 million in 2000.

Players receive about 37% of their 2020 pay under the formula agreed to in March by MLB and the union, a figure the union wound up keeping during bitter negotiations that failed to produce an agreement. Commissioner Rob Manfred unilaterally announced a 60-game regular-season schedule that started four months late on July 23, down from the normal 162 games for each team.

Unhappy with flattening salaries during the first four years of a collective bargaining agreement that runs to December 2021, players spoke even before the curtailed season of seeking large changes. Talks figure to be the most contentious since the 1994-95 strike, the last shortened seasons before this one.

Part of the drop in the average was caused by roster expansion to an active limit of 30 per team at the season’s start, adding more major leaguers making the $563,500 minimum or close to it. There were 1,007 players on opening-day rosters and injured lists, up from 878 last year.

Scherzer’s $210 million, seven-year contract includes a $50 million signing bonus — baseball signing bonuses are distinct from salaries and not subject to reduction. His $35 million salary, which is entirely deferred, was sliced to $12.96 million.

MLB’s initial proposal in late May would have cut the highest-paid stars the most, and Scherzer’s 2020 salary would have been reduced to about $4.85 million. The union fought to keep the prorated pay called for in the March deal, while MLB argued it needed additional cuts to play in empty ballparks. As a result, MLB called for the shortest schedule since 1878.

Each player’s figure includes his adjusted 2020 salary plus a prorated share of his signing bonus. For players such as Scherzer, parts of salaries deferred without interest are discounted to present-day value. The player pool includes Minnesota pitcher Michael Pineda, who has a guaranteed contract and started the season on the restricted list while completing a suspension for a banned diuretic.

At full value and without prorating, this year’s average would have been $3,931,025.