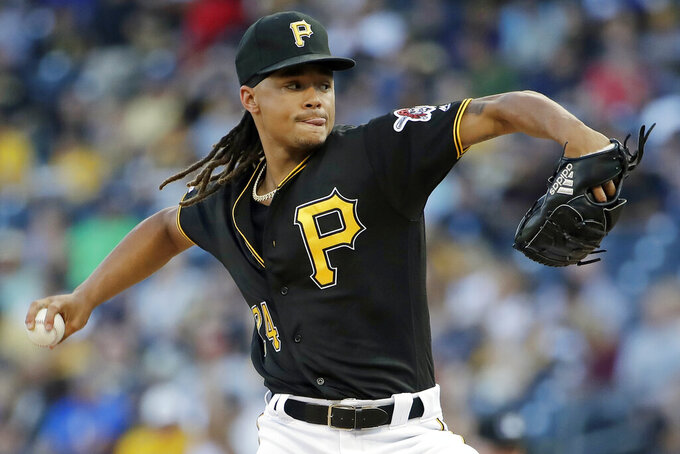 FILE - In this Aug. 3, 2019, file photo, Pittsburgh Pirates starting pitcher Chris Archer delivers during the first inning of a baseball game against the New York Mets, in Pittsburgh. Two-time All-Star pitcher Chris Archer has agreed to rejoin the Tampa Bay Rays on a $6.5 million, one-year contract, a person familiar with the deal told The Associated Press. The person spoke to The AP on condition of anonymity Tuesday, Feb. 2, 2021 because the agreement was subject to a successful physical and had not been announced. (AP Photo/Gene J. Puskar, FIle)

The person spoke to The AP on condition of anonymity Tuesday because the agreement was subject to a successful physical and had not been announced.

The 32-year-old right-hander, an All-Star with the Rays in 2015 and 2017, is expected to get an opportunity to compete for a spot in a starting rotation that lost Charlie Morton and 2018 AL Cy Young Award winner Blake Snell this winter.

The AL champion Rays declined a $15 million option on Morton for 2021. Snell was traded to the San Diego Padres.

Archer went 54-68 with a 3.69 ERA in seven seasons with the Rays, who traded him to Pittsburgh in a fruitful deal that brought them right-hander Tyler Glasnow and outfielder Austin Meadows in July 2018.

Archer missed the pandemic-shortened 2020 season after undergoing thoracic outlet surgery. He was 6-12 with a 4.92 ERA over two seasons with the Pirates, who declined an $11 million option on his contract for 2021.