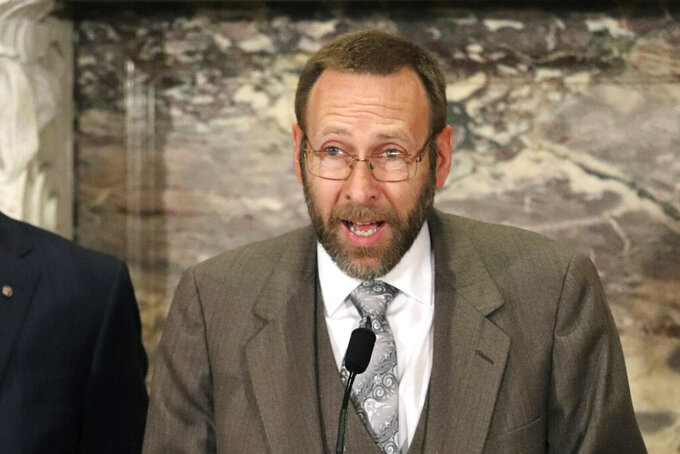 A surge in coronavirus cases in Arkansas does not appear connected to the reopening of the state’s businesses, Gov. Asa Hutchinson said Friday in announcing that the reopening would continue as planned.

Hutchinson said contact tracing by Dr. Nathaniel Smith, the state’s health secretary, found minimal numbers of people infected who had gone to restaurants, churches, hotels and other businesses that were recently allowed to reopen with with capacity limits and social distancing restrictions.

“We're not seeing a connectivity between the business that we're doing, the lifting of restrictions, and the number of new cases that we have,” Hutchinson said.

Hutchinson said there are 239 additional cases of the virus and nine more deaths due to COVID-19, the disease caused by the virus, bringing the totals to at least 6,777 cases and 132 deaths.

The true number is likely higher because many people have not been tested, and studies suggest people can be infected and not feel sick.

The rising number of cases continues to be driven by an increase in northwestern Arkansas. Both Hutchinson and Smith said the increase is largely due to increased testing, particularly of those with no symptoms of the virus.

Hutchinson also said campgrounds and bathhouses at state parks will reopen Monday, with social distancing requirements and a recommendation to wear masks.

Hutchinson said the key to slowing the spread of the virus is residents wearing masks, washing their hands and social distancing.

Also Friday, the American Civil Liberties Union of Arkansas called on Hutchinson to issue a moratorium on evictions and utility shutoffs, saying many people can't pay their bills due to the economic downturn related to the virus.

“Even as Arkansas continues to reopen, the economic fallout from this crisis is just beginning and thousands of Arkansans continue to experience layoffs, furloughs, and wage cuts,” said Holly Dickson, ACLU of Arkansas interim executive director. “A statewide moratorium on evictions is critical to preventing a wave of mass evictions that would force many vulnerable Arkansans from their homes and imperil public health.”

Hutchinson has previously called for landlords to behave in a “humanitarian fashion” in working with renters and said he did not think it was proper to stop all proceedings.