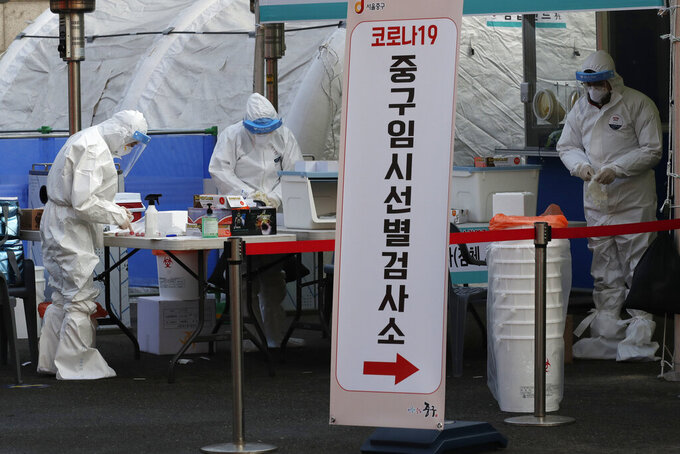 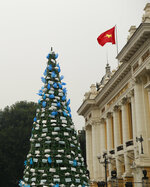 COLOMBO, Sri Lanka (AP) — Sri Lankan authorities on Thursday imposed lockdown on three towns on the outskirts of the capital to contain the spread of COVID-19 during the festive season.

Kosgama, Awissawella and Ruwanwella, about 60 kilometers (37 miles) east of Colombo, were locked down from Thursday noon.

Lockdowns have been applied in dozens of towns and villages since a resurgence of the coronavirus in the Indian Ocean island nation in October. Schools and key public offices have been closed, public gatherings banned and restrictions imposed on public transport.

The two clusters that emerged in October — one centered on a garment factory and other on a fish market — account for most of Sri Lanka's outbreak. The confirmed cases from the two clusters have grown to 34,959 on Thursday. Sri Lanka’s total since March is about 38,600.

— The Tokyo Metropolitan Government reported 888 newly confirmed coronavirus cases as of Thursday, a daily high. Gov. Yuriko Koike reiterated calls for residents to stay home unless absolutely necessary, wear masks, wash hands often and avoid crowds. She noted a growing number of people were becoming infected in their homes or in offices. The city government has urged Japanese to wear masks even inside their own homes and to open windows once every two hours to improve ventilation. Authorities are especially concerned about an increase in severe COVID-19 cases, especially among older Japanese, which is straining medical facilities.

— China will suspend flights to and from the UK, joining a growing list of countries who have instituted travel bans, in light of a new variant of the coronavirus, its Foreign Ministry announced Thursday. It did not offer details on when flights would stop. On Tuesday, the Chinese Visa Application Service Centre in London said it will suspend its operation until further notice. Non-Chinese passport holders from the UK were already banned from traveling to China in November.