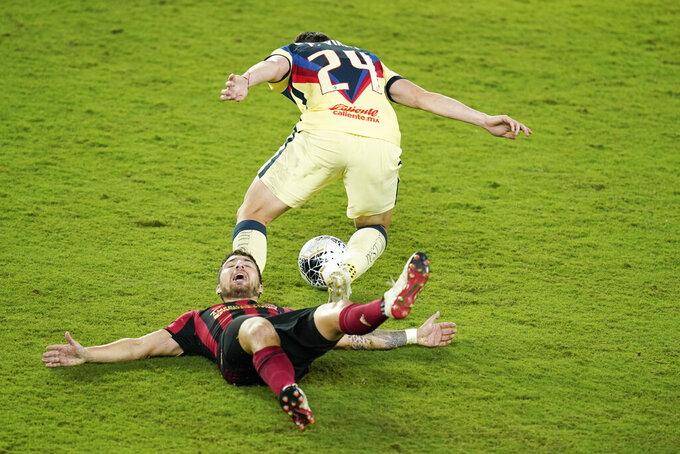 ATLANTA (AP) — Despite a disappointing season, Atlanta United will play in the CONCACAF Champions League for a third straight year in 2021.

The CONCACAF Council has approved a request by the the United States Soccer Federation to award Atlanta a spot in the 16-team continental championship as the current holder of the U.S. Open Cup, the team announced Saturday.

United won the Cup in 2019, earning a spot in this year's Champions League. The club was eliminated in the quarterfinals Wednesday by Mexico's Club América.

The U.S. Open tournament was canceled in 2020 because of the coronavirus pandemic, so Atlanta United will take that spot again in the Champions League. They'll be joined from Major League Soccer by MLS Cup champion Columbus Crew, Supporters Shield winner Philadelphia Union and the Portland Timbers, who claimed the MLS Is Back Tournament.

Atlanta United was also eliminated in the quarterfinals after earning its first Champions League spot in 2019 as winner of the MLS Cup. The only other club that will be returning to the tournament for the third straight year in 2021 is Costa Rica's Saprissa.

United will be looking for a comeback season after slumping to 12th in the Eastern Conference and failing to make the playoffs for the first time in the franchise's four years.