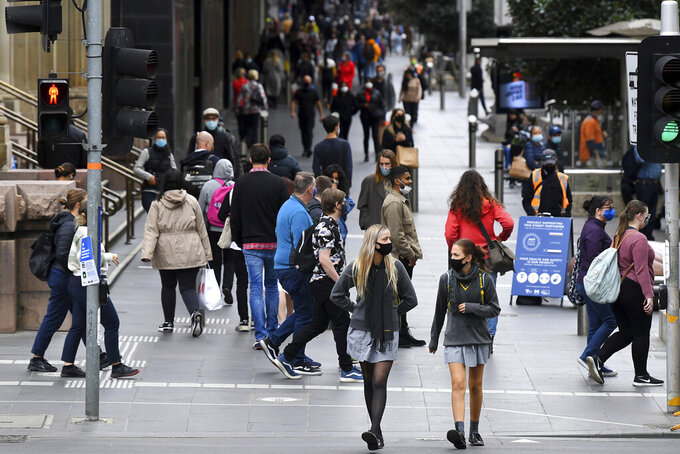 MELBOURNE, Australia (AP) — Overseas travelers should be quarantined in hotels guarded by police, an inquiry into an Australian city’s bungled quarantine program reported on Friday.

The Victoria state government’s decision to use private security firms instead of police and the military to enforce quarantines in Melbourne hotels has been widely blamed for lax infection controls that led to Australia’s worst virus resurgence in its second-largest city.

An inquiry into that quarantine program recommended in an interim report “a 24/7 police presence on-site at each quarantine facility.”

The government closed Melbourne Airport to international arrivals in July before commissioning retired judge Jennifer Coate to investigate what went wrong in hotel quarantine, which has been blamed for virtually all COVID-19 community transmission in Victoria.

Coate will deliver her final report and findings, including who made the decisions to hire private security and rebuff the military’s offer of help, by Dec. 21.

Victoria Health Minister Jenny Mikakos and senior public servant Chris Eccles both resigned after the inquiry heard evidence of their involvement in the program.

Victoria has accounted for 819 of Australia’s 907 coronavirus deaths.

Cases peaked at 725 across the state in a single day in early August. Victoria on Friday recorded its seventh day without a new COVID-19 diagnosis. Two weeks ago, Melbourne emerged from a 111-day lockdown.

The seven High Court judges ruled that Western Australia’s state border closure to non-essential travel applied during “a hazard in the nature of a plague or epidemic” complied with the constitution. All Australian states and territories have used border restrictions to curb infections and a court ruling against Western Australia could have impacted their pandemic responses.

The state shut its border to the rest of Australia on April 5 and has maintained the travel restriction despite not recording a case of COVID-19 community transmission since April 11.