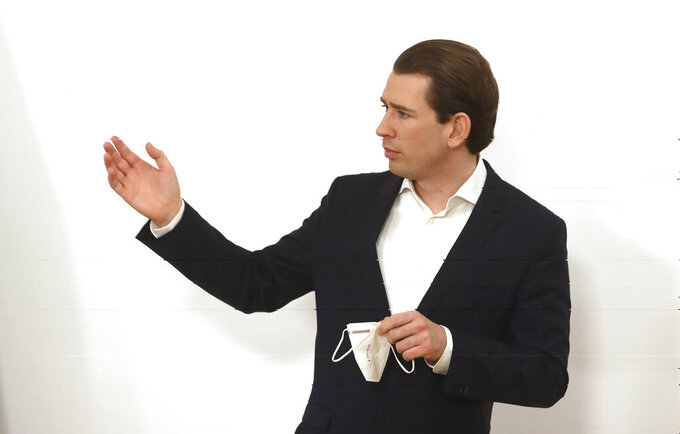 VIENNA (AP) — Austrian officials said Wednesday that they plan to offer vaccinations to most residents in a district that has seen significant numbers of infections with the South African coronavirus variant.

Tyrol province's Schwaz district, east of the provincial capital of Innsbruck and home to about 84,000 people, has been a source of concern for weeks.

Schwaz accounts for 66 of 88 currently active confirmed cases of the more transmissible variant in the province, the Austria Press Agency reported.

The plan announced Wednesday calls for a vaccination drive starting next week. Health Minister Rudolf Anschober said the rollout will see vaccinations offered to all aged 16 and over.

APA reported that from around March 10, coinciding with the start of the drive and until it is complete, people will be required to get a negative coronavirus test before they could leave the Schwaz district.

The plan “is our opportunity to eliminate the variant in the Schwaz district,” Chancellor Sebastian Kurz said. He said numbers of active cases have already fallen.

The variant first identified in South Africa is a source of particular concern because of doubts over whether all vaccines currently available are fully effective against it.

Austrian officials said they have been able to bring forward the delivery of 100,000 doses of the Pfizer-BioNTech vaccine for Tyrol in cooperation with the European Union's executive Committee and the manufacturers.

The Schwaz vaccination plan is to be part of a research project into vaccinations and the South African variant.