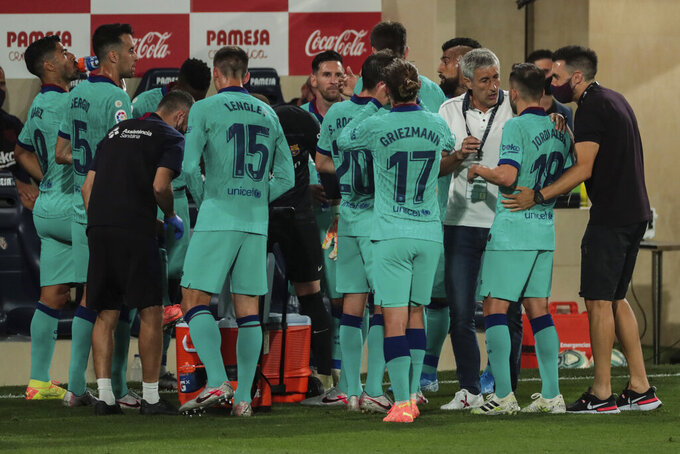 BARCELONA, Spain (AP) — Barcelona's club president has not lost faith in coach Quique Setién, while leaving the door open for Xavi Hernández as a future coach.

Josep Bartomeu told Spanish sports daily Sport in an interview on Saturday that “at no moment did we think about a coaching change” despite Barcelona's poor finish to the Spanish league season.

Setién replaced Ernesto Valverde in January and Barcelona was top when the league was halted in March due to the coronavirus pandemic. But his team stumbled once the competition resumed, and Real Madrid won its first title in three years.

“When we hired him, we told him it was a project for this season and the next,” Bartomeu said. “Judging a coach based on a few months, in the middle of a pandemic, is difficult. Like (Barcelona midfielder) Arturo Vidal said, he and the players have had little time to know each other and work together.”

Barcelona hosts Napoli next weekend after Lionel Messi’s team drew 1-1 in the first leg of the last-16 Champions League match at Napoli.

Bartomeu confirmed that the club had earlier approached Xavi in the winter about taking Valverde’s place.