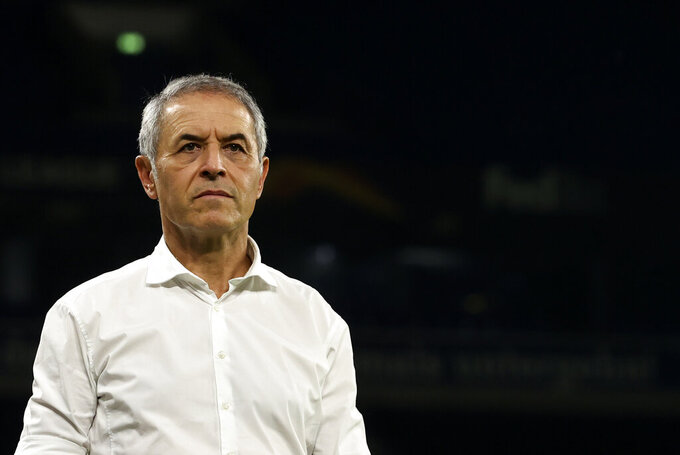 Basel said in a statement Koller would not have his contract renewed after completing the Swiss Cup competition this month.

Basel is preparing for the delayed domestic semifinal match after returning from the Europa League tournament in Germany, where it lost to Shakhtar Donetsk 4-1 last week.

Later Wednesday, Basel said three players tested positive for COVID-19 and a fourth who had spent time with them was also self-isolating and would miss the cup game next Tuesday.

Koller took over at Basel two years ago after a successful spell with the Austrian national team, including qualifying for the 2016 European Championship.

He arrived one year after Basel’s run of eight straight Swiss titles ended, and the team slipped to a third-place finish last month behind defending champion Young Boys.

Basel gave no details of who will replace Koller.

The three virus cases were identified as Brazilian players Arthur Cabral and Eric Ramires, plus Eray Cömert of Switzerland. Basel said the players had not traveled to a high-risk area during the break from training. The fourth player also in 10-day quarantine is Samuele Campo.

The team begins the Swiss league season on Sept. 20, days after Basel starts the next Europa League in the second qualifying round.