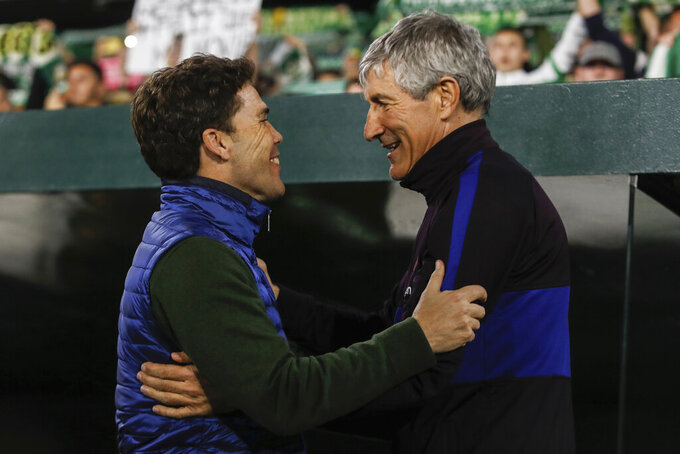 The decision was announced early Sunday, a few hours after the team lost 1-0 at Athletic Bilbao.

The club said Alexis Trujillo, a former player who had been the club’s sporting coordinator, will replace Rubi for the eight matches remaining this season.

The loss to Athletic followed a 2-2 home draw against Granada and a 2-0 away defeat to rival Sevilla in the Seville derby, the high-profile match that kickstarted the Spanish league three months after it was interrupted because of the coronavirus pandemic.

Betis had beaten Real Madrid 2-1 in its last match before the break, but it hadn’t won in six games before that.

The loss to Athletic left Betis 14th in the 20-team league standings with 34 points, eight clear of the relegation zone.

Rubi, who arrived before the season began, led Betis to eight league wins, with 10 draws and 12 losses.

In the game against Athletic, Betis midfielder Sergio Canales missed a penalty kick with about five minutes left, and in the draw against Granada the team conceded an equalizer in stoppage time.

Betis’ next game is at home against last-place Espanyol on Thursday.