Biden to meet with Stacey Abrams on trip to Georgia 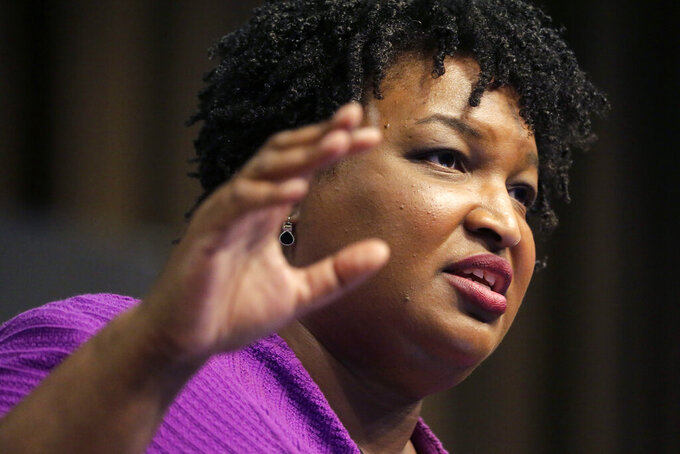 During his visit to Atlanta on Friday, President Joe Biden will meet with former Georgia gubernatorial candidate Stacey Abrams, who has been widely credited with helping flip the former Republican stronghold blue.

Biden in November became the first Democratic presidential candidate to take Georgia since 1992 and Democratic victories in a pair of Senate run-off races in the state handed his party control of both chambers of Congress.

That allowed Biden to pass his $1.9 trillion COVID relief bill along party lines, the first step in an ambitious agenda to battle the twin health and economic crises caused by the pandemic. Biden’s visit to Atlanta was originally meant to tout that accomplishment but it has been recast after spa shootings in the area this week left eight dead and fueled fear of a rise in violence against Asian Americans.

But Biden and Vice President Kamala Harris will still meet with Abrams and thank her for her work, the White House confirmed on Thursday.

The meeting will come as Republicans in the Georgia state General Assembly push several proposals to make it harder to vote in the state. The Biden administration is planning a push in the coming weeks to defend access to the ballot that has come under threat in several states.

After her narrow defeat for governor in 2018, Abrams has been credited with laying the organizational groundwork that helped Democrats capture the state’s two Senate seats and to wrest the state away from then-President Donald Trump last fall.

The turnabout leaves Abrams, who is Black, as perhaps the nation’s most popular, influential Democrat not in elected office. It gives the 47-year-old voting rights advocate considerable momentum for whatever comes next — most likely a rematch with Gov. Brian Kemp in 2022.

Just before the January Senate runoffs, Abrams had stood at Democrats’ election-eve rally where Biden gushed that “nobody in America has done more” for voting rights and the party.

Both Rev. Raphael Warnock and Jon Ossoff then triumphed, leaving the Senate in a 50-50 split with Harris, the nation’s first Black and female vice president, breaking the tie.

Abrams’ mission was to tell the mostly white, older power brokers in Georgia Democratic politics that they were on a fool’s errand trying to convince older white voters to return to the party after decades of a Southern shift toward Republicans.

The path to closing the gap with Republicans, she insisted, was drawing new voters to the polls. In her vision, that would include everyone from transplants to metro Atlanta to older Black voters who just didn’t vote and younger white Georgia natives who simply aren’t as conservative as their parents and grandparents.

A Friday evening rally to celebrate the passage of the COVID relief bill has been postponed in the wake of the shootings, the White House said. Biden and Harris will instead meet with local Asian American leaders to discuss the rise in violence and then visit the Centers for Disease Control, which is at the forefront of the nation’s response to the pandemic.