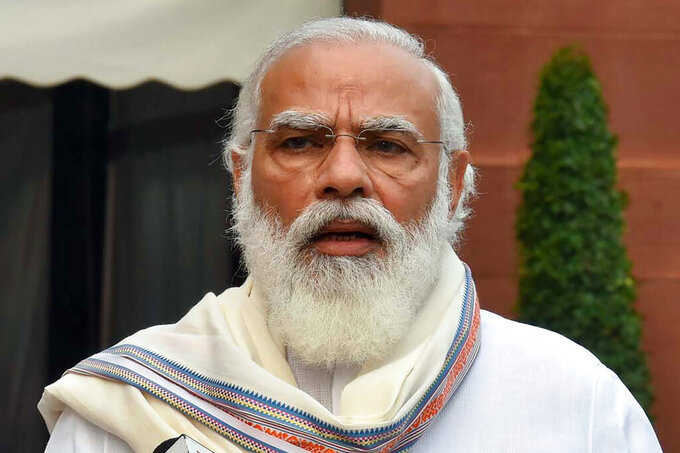 Modi congratulated Biden during their conversation on Tuesday and they discussed their priorities, including containing the coronavirus pandemic, promoting access to affordable vaccines, tackling climate change and cooperating in the Indo-Pacific Region, the ministry said in a statement.

Modi had earlier tweeted his congratulations to Biden and Vice President-elect Kamala Harris on Nov. 8.

Modi recalled his earlier interactions with Biden, including during his official visits to the United States in 2014 and 2016. Biden had chaired the Joint Session of the U.S. Congress that was addressed by Modi during his 2016 visit to Washington.

Modi is known for his public displays of bonhomie with President Donald Trump, who visited India last February.