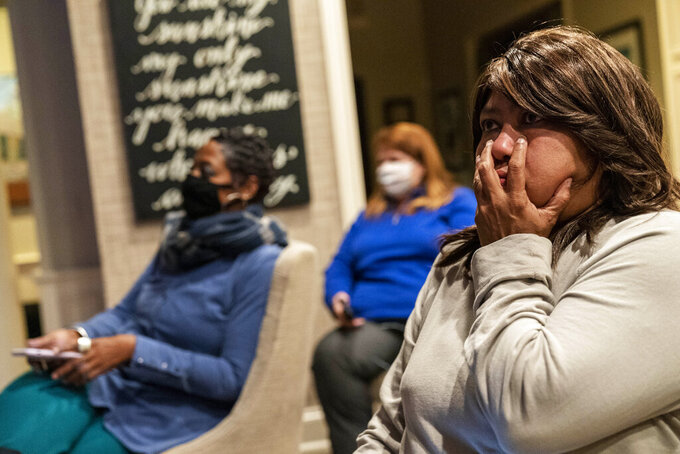 The flip from red back to blue was a huge blow to Trump, whose victories in Michigan, Wisconsin and Pennsylvania in 2016 sent him to the White House. Biden also carried Wisconsin, though Pennsylvania has not been called yet.

Biden’s victory in Michigan — he was up Wednesday night by about 134,000 votes, or nearly 2.5 percentage points, out of 5.5 million cast — pushes him to 264 Electoral College votes, six short of the 270 needed to win the White House. Trump is at 214 electoral votes. Nevada, which has six electoral votes, is among the states Democrat Hillary Clinton won in 2016 that has not yet been called.

Biden’s campaign had particularly focused on turning out Black voters in Detroit, who failed to show up for Democrat Hillary Clinton in the numbers that Barack Obama received during his two presidential bids. Turnout was high statewide, shattering the record of 5 million — in the 2008 presidential election — by at least 464,000.

Despite needing to win Michigan, Trump took frequent swipes at the state’s Democratic governor, Gretchen Whitmer, who was the target of an alleged kidnapping plot that was foiled by federal law enforcement. Chants of “Lock her up!” toward Whitmer echoed at Trump’s rally, and he railed against the governor on Twitter for her cautious approach to the coronavirus pandemic.

“The people have spoken, and with the election behind us, now is the time for our nation to come together,” Whitmer said in a statement. “We have a common enemy, and it is COVID-19, not one another.”

Democrats were buoyed not only by Biden's showing but also first-term Sen. Gary Peters' reelection victory. They also appeared to be on the verge of gaining a seat — and a majority — on the Michigan Supreme Court, which recently invalidated an emergency-powers law that Whitmer used to issue sweeping orders to curb the virus.

Chief Justice Bridget McCormack, a Democratic nominee, easily won reelection. The Associated Press had not called the race for a second spot on the court that is opening with a Republican nominee's retirement. Democratic nominee Elizabeth Welch was leading GOP nominee Mary Kelly by roughly 225,000 votes with all but about 3% of precincts reporting.

Republicans who control the state House had been bracing to lose seats. But they kept their 58-52 majority, a blow for the first-term governor and Democrats who have had no legislative power in a decade. The GOP-led Senate was not up for reelection.