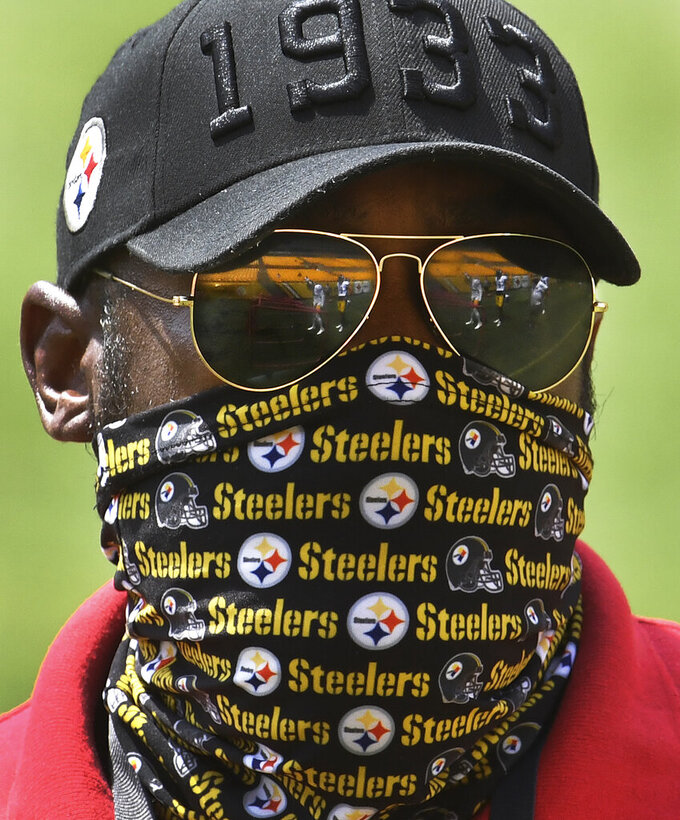 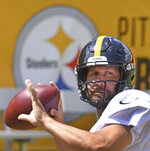 EAST RUTHERFORD, N.J. (AP) — The Pittsburgh Steelers and New York Giants are playing guessing games to some extent heading into their season opener at MetLife Stadium on Monday night.

While the Steelers are returning a superb defense, the Giants don't know what to expect with veteran quarterback Ben Roethlisberger returning after missing most of last season with a major elbow injury.

Can Big Ben still go deep or throw the out pattern with some zip? We'll see in this season overshadowed by the coronavirus pandemic.

Mike Tomlin and the Steelers are even more in the dark about New York. They are getting ready to face 38-year-old Giants head coach Joe Judge. He's put in a new offense and a new defense in hopes of ending years of frustrating football for a once-proud organization.

Neither team has played well in recent years. The Steelers (8-8) have missed the postseason the past two years. The Giants (4-12) have made it once (2016) in the last eight seasons, winning 12 games over the last three.

“Early in the season, it's about what you do and the quality with which you do it,” Tomlin said. “It's not necessarily about how you are playing or what schematic they employ or the plans they make. Part of winning early in the season is just being a tough team to beat and just not beat yourself.”

Judge has talked to the Giants about the same things. Don't beat yourself. No penalties. No turnovers. Do your job.

“I think the strength of our team right now is we have a team, and that’s something to be proud of,” Judge said. “There’s a lot of teams out there with a lot of talent that are split in different directions. I like when I see our guys and I see everyone moving in the same direction. There are going to be a lot of things we need to progress on and improve on throughout the year, but right now, I’m proud of the way our guys come to work every day.”

Some things to watch in prime time:

This is where the game probably will be decided. The Giants, who saw tackle Nate Solder opt out, have three new players on the O-line: first round draft pick Andrew Thomas, center Nick Gates and right tackle Cam Fleming. If the line can handle Pittsburgh's front seven, quarterback Daniel Jones and halfback Saquon Barkley have a chance to do damage.

The Steelers spent the offseason trying to upgrade offensive skill positions in hopes of giving Roethlisberger more options in the red zone. That included signing 6-foot-4 tight end Eric Ebron and drafting 6-4 receiver Chase Claypool in the second round.

The rest will be up to Big Ben.

“There’s going to be rust,” the 38-year-old said. “There’s no doubt about it, but hopefully, we can get it knocked off sooner than later. I think that’s what makes it fun. If I wasn’t nervous, and I didn’t have that anxiousness, I think you shouldn’t be out there. There’s not a love for the game if you don’t have that.”

Barkley needs to put up numbers like his rookie season in 2018, when he rushed for 1,307 yards and scored 15 touchdowns, 11 rushing. The No. 2 pick overall pick was slowed by a sprained ankle last season, gaining 1,003 yards and scoring six touchdown, four on the ground.

Despite throwing a franchise rookie-record 24 touchdowns last season, Jones needs to cut down on his turnovers. He 23 turnovers, including 11 lost fumbles.

Banner, who frequently lined up as an eligible third tackle last season, shed 30-plus pounds in an effort to compete against All-Pro outside linebacker T.J. Watt (14 1/2 sacks) in practice.

New York has revamped one of the NFL's worst defenses under new coordinator Pat Graham.

Inside linebacker Blake Martinez, cornerback James Bradberry and multi-purpose defensive back Logan Ryan were signed as free agents. Outside linebacker Markus Golden (10 sacks) and defensive lineman Leonard Williams were re-signed, while outside linebacker Lorenzo Carter seems ready for the next step in his third season.

The main question mark is the cornerback spot opposite Bradberry. DeAndre Baker, a 2019 first-round draft pick and a starter last year, was cut Tuesday after an offseason arrest for armed robbery. Sam Beal opted out for health reasons. That leaves Corey Ballentine, Issac Yiadom, Julian Love and Brandon Williams to fit in.