Biz groups to Murphy: Let us do conventions in Atlantic City 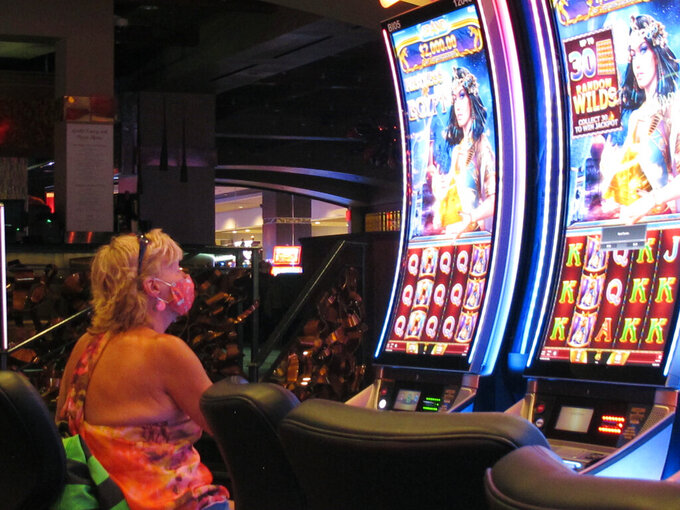 Saying the convention industry generates nearly $2 billion in annual revenue for Atlantic City, the groups asked the Democratic governor to allow meetings to utilize available space at 50% of capacity, as is permitted on the gambling floors of the city's nine casinos.

Michael Chait, president of the Greater Atlantic City Chamber of Commerce, praised Murphy's handling of the pandemic, but said state-imposed rules are inconsistent, and are hurting the convention industry.

“I can only have 25 people in a meeting room, but i can have 225 people in a banquet hall,” he said at a press conference on the Boardwalk as workmen attended to the facade of Boardwalk Hall in anticipation of the summer tourism season. “I can have 50% capacity on the casino floor, but I can only take 25 of them and put them into an adjacent meeting room.”

Chait said the city would like to be able to host conventions and trade shows at 50% of capacity, using the same safety and distancing protocols the casinos have been using since they were allowed to reopen last July. He said the casino industry has proven it is possible to operate at higher levels without compromising safety amid the pandemic.

Murphy's administration hinted it would address the matter within days.

Officials at the press conference said conventions and trade shows, in addition to being a crucial component of the casinos' finances, have a spill-over effect onto local businesses that provide food, flowers, transportation and other services to the gatherings.

Harrah's relies heavily on its $125 million Waterfront Conference Center, opened in 2015, and other casinos including Resorts have spent significantly on upgrading their own meeting and convention space in recent years as they seek revenue sources other than gambling.

“We are ready to go,” said Maureen Kern, national sales manager for the Atlantic City region for Caesars Entertainment. “We are losing business not just now, but for years down the road. Unless you can tell them ‘you can have your meeting,’ they can't commit.”

Participants in the press conference said the convention industry requires a great deal of advance planning, making it crucial that restrictions are eased soon.

“If you sign a contract today, it'll probably be 6 months, a year, two years” before the event happens, said Assemblyman Vince Mazzeo, a Democrat representing the Atlantic City area.