Black scientists call out racism in the field and counter it 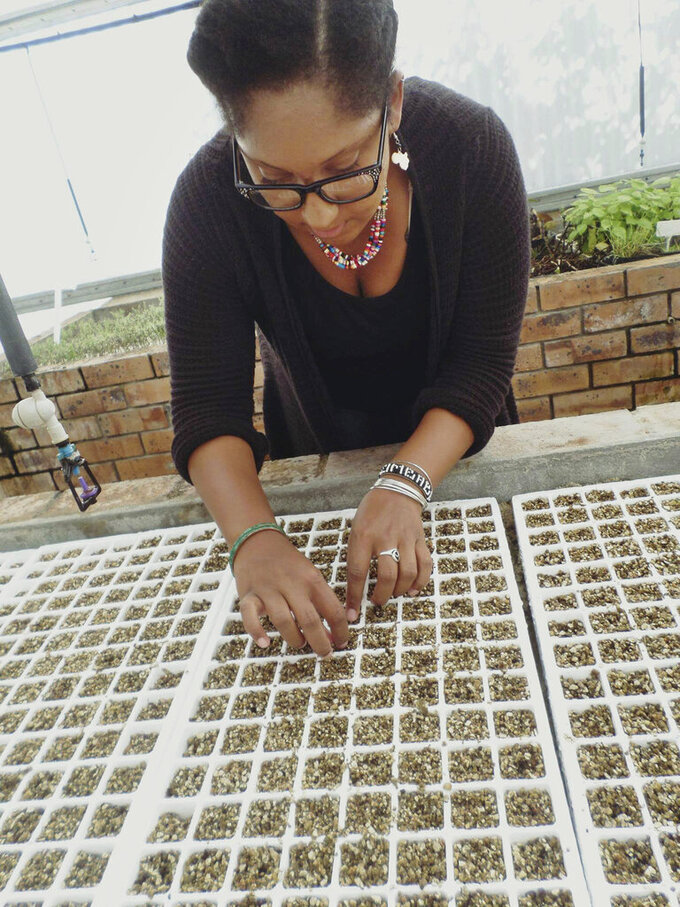 This 2016 photo provided by Tanisha Williams shows her in Cape Town, South Africa. Williams, a botanist at Bucknell University, knows exactly which plants she's looking for. But after being questioned by strangers in public parks, Williams, who is Black, has started carrying her field guides with her. “I've been quizzed by random strangers,” she said. “Now I bring my wildflower books and botanical field guides, trying to look like a scientist. It’s for other people. I wouldn’t otherwise lug these books.” (Beatrix D. Fields/Tanisha Williams via AP) 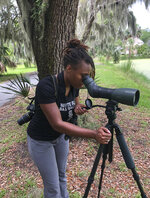 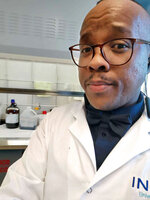 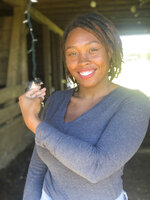 WASHINGTON (AP) — University of Washington ecologist Christopher Schell is studying how coronavirus shutdowns have affected wildlife in Seattle and other cities. But when planning fieldwork, he also thinks about how he's perceived in neighborhoods where he installs wildlife cameras.

“I wear the nerdiest glasses I have and often a jacket that has my college logo, so that people don’t mistake me for what they think is a thug or hooligan,” said Schell, who is African American.

The recent episode of a white woman calling the police on a Black birder in New York’s Central Park shocked many people. But for Black environmental scientists, worrying about whether they are likely to be harassed or asked to justify their presence while doing fieldwork is a familiar concern.

Tanisha Williams, a botanist at Bucknell University, knows exactly which plants she's looking for. But after being questioned by strangers in public parks, Williams, who is Black, has started carrying her field guides with her.

“I've been quizzed by random strangers,” she said. “Now I bring my wildflower books and botanical field guides, trying to look like a scientist. It’s for other people. I wouldn’t otherwise lug these books.”

Overt harassment and subtle intimidation during fieldwork compound the discrimination that Black scientists and those from other underrepresented racial and ethnic backgrounds already feel in academic settings.

Now researchers in the environmental sciences are increasingly raising issues of discrimination and marginalization in the wake of a national reckoning on race. They are also pointing out how a lack of diversity among scientists can lead to flawed or incomplete research.

“The issue is not lack of interest” on the part of students from the underrepresented groups, said the University of Washington’s Scott Freeman, who studies educational pipelines to degrees in science, technology, engineering or math. But many of those students come from families with fewer financial resources and face gaps in access to secondary education that is geared toward the sciences or college preparation. Those factors can influence how well they perform in freshman general chemistry — considered a gateway course for pursuing these so-called STEM majors.

It's possible to decrease the impact of these disadvantages by adjusting teaching styles, such as replacing traditional large lectures with hands-on learning, according to Freeman's research. And students from underrepresented backgrounds who overcome initial obstacles are “ hyper persistent ” in their studies, continuing at higher rates in STEM fields compared with their white peers, he found.

Addressing these gaps has taken on new urgency as the U.S. confronts systemic racism in the wake of nationwide protests after the death of George Floyd at the hands of police.

At a meeting this summer of the Society for Conservation Biology North America, one panel was devoted to “why conservation science needs to prioritize racial and social justice.” Hundreds of scientists have joined a wider discussion among academics about racism, posting their personal experiences of discrimination under the Twitter hashtag #BlackintheIvory, referring to the ivory tower.

But environmental scientists must confront discrimination not just in the halls of academia but in the field as well.

Carnivore ecologist Rae Wynn-Grant, a fellow at the National Geographic Society, said she has to put her “feelings aside” when her fieldwork takes her to places where she encounters racist symbols. While driving in rural Maryland to study bears, Wynn-Grant, who is Black, passed several Confederate flags and a cloth doll of a lynched man hanging from a tree.

“This is the extra labor Black people have to do in order to participate in something they’re interested in,” she said.

Many researchers say that exposing middle school and high school students to scientists from diverse backgrounds is essential to combating systemic racism.

“Growing up, the only Black botanist I’d heard of was George Washington Carver,” said Williams, the scientist at Bucknell, who helped organize a Twitter campaign to highlight the achievements of Black botanists.

Itumeleng Moroenyane, a doctoral student at the National Institute of Scientific Research in Quebec, grew up in post-apartheid South Africa and said he was the only Black botany student in his university’s graduating class. Moroenyane now makes it a priority to mentor younger Black scholars.

Corina Newsome said her passion for biology started during a high school internship at the Philadelphia Zoo, where a zookeeper who mentored her was the first Black scientist she had met.

Now an ornithologist at Georgia Southern University, Newsome, who is Black, said institutions can promote diversity by helping students find mentors and offering paid internships. “To enter wildlife studies, you are often expected to do a lot of free labor and free internships early in your career," she said. “This automatically excludes many people.”

Empowering ecologists and other researchers from diverse backgrounds can improve the research itself, scientists say.

Deja Perkins, a Black conservation biologist at North Carolina State University, has studied gaps in how community-science bird-watching projects are conducted in wealthy and poor communities.

“It's a problem if data from poor neighborhoods isn't collected, and that shapes wildlife management plans,” she said.

The University of Washington’s Schell noted that Black scientists have led the field of urban ecology to examine crucial questions about how redlining — racial discrimination in mortgage-lending practices — has shaped urban landscapes, influencing which neighborhoods have more or less green space and biodiversity.

“Who you are affects the questions you ask and the type of data that’s being collected," Schell said. "We cannot understand how our natural world interacts with our cities without understanding the problems and legacy of racism."