Britain finishes atop its group after 1-1 draw with Canada 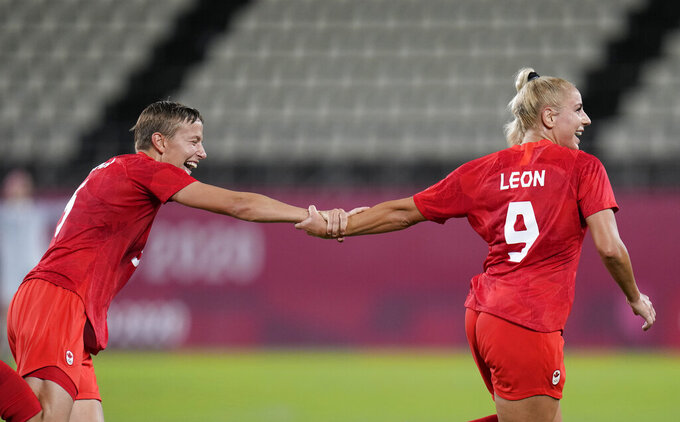 KASHIMA, Japan (AP) — Britain earned first place in its group in the women's Olympic soccer tournament on Tuesday with an own-goal in the final minutes for a 1-1 draw with Canada.

Adriana Leon scored in the 55th minute to give Canada the lead before the equalizing goal in the 85th. Britain, with wins in its first two Group E games, had already secured a spot in the knockout stage.

Britain will next play Australia in the quarterfinals in Kashima, while Canada heads to Rifu to face Brazil, the second-place team Group F. Brazil defeated Zambia 1-0 in its final game Tuesday.

Canada rested captain Christine Sinclair, the all-time leading international scorer. She was not among the 18 who dressed for the match.