Bundesliga set to finish season without fans due to pandemic 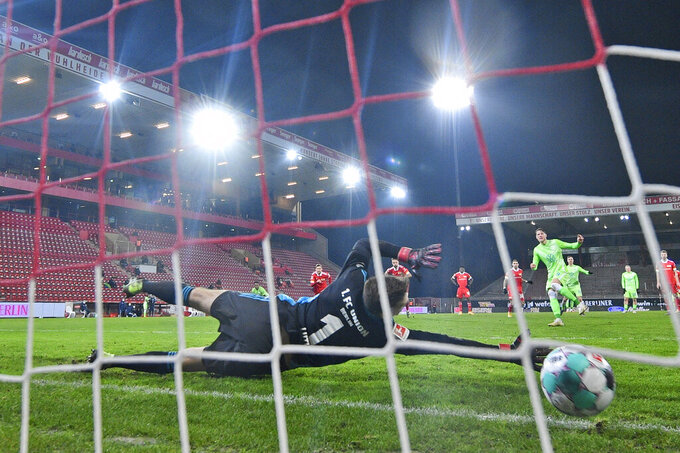 FRANKFURT, Germany (AP) — Germany does not expect fans to be allowed back into Bundesliga matches until next season.

Games in all major European football leagues have to be played in empty stadiums due to the second wave of coronavirus cases leading to a tightening of pandemic restrictions across the continent.

Christian Seifert, CEO of the the top two men's leagues in Germany, said he presumes there will be no change to the policy before the end of the season.

“In any case (of a fan return), not in a significant number. If we had ruled out games without fans from the start as some people demanded, the system would have collapsed,” Seifert said in comments published Sunday by the Frankfurter Allgemeine Sonntagszeitung newspaper.

“And no one at (the league) or the clubs wants to have games without fans either. However, we still have them because they are the only permitted option for hosting games, and presumably we will have them until the end of the season.”

Germany started the 2020-21 season with a six-week trial in September and October of limited numbers of fans allowed at games, up to 20% of the stadium capacity depending on the local coronavirus case numbers. The trial was part of a wide-ranging deal between German state and federal politicians and was not extended after the number of virus cases soared across the country.

The last major soccer nation to bring back fans was England, which allowed small numbers of supporters at some games last month in a scheme that was shut down weeks later as the country entered a renewed lockdown.

“The focus now is on completing the season,” Premier League chief executive Richard Masters told broadcaster Sky on Friday. “We don’t know when fans are going to be allowed back. It’s difficult to guess.

Games in Italy, Spain and France are also being played without spectators.