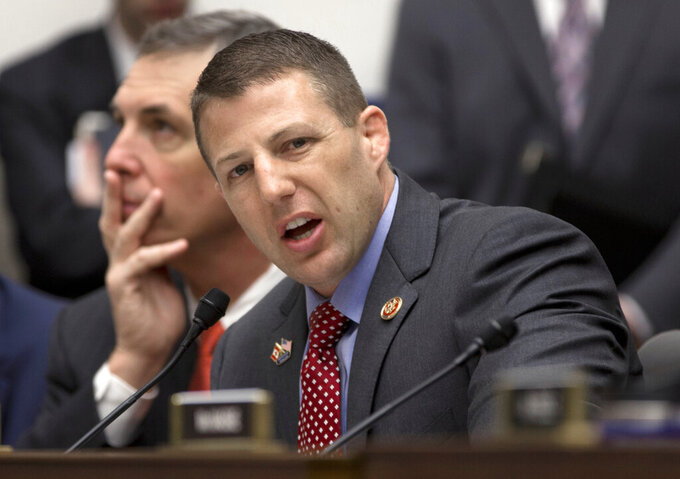 Four businesses owned by Republican U.S. Rep. Markwayne Mullin received a total of between $800,000 and $1.9 million from the Paycheck Protection Program, including Broken Arrow-based Mullin Plumbing, Inc., Mullin Environmental, Inc., Mullin Services, Inc., and Moore-based Mullin Plumbing West Division, according to the data. Those companies reported retaining 140 jobs due in part to the loans, the data shows.

Mullin spokeswoman Meredith Blanford said the congressman is not involved in the day-to-day operations of the companies and referred questions to the companies’ chief financial officer.

“While Kevin is not involved in the day-to-day operations of the business, he is happy to share that the family business was able to keep all employees either at their current level of employment or move part-time employees to full time,” Hern's Chief of Staff Cameron Foster said in a statement. “That means that even while the service industry has been particularly impacted by the government response to the COVID-19 pandemic, thanks to the PPP loan, none of the family business’s employees had to file for unemployment due to the financial strain of the quarantine."

While voting on legislation for which their companies may benefit may not be illegal, it does appear to be a conflict of interest, said Aaron Scherb, a spokesman for Common Cause, a Washington, D.C.-based nonpartisan government watchdog.

“Unfortunately, members of Congress frequently vote on bills in which they can personally benefit, and in nearly all cases it's not illegal, although it certainly looks bad and smells bad," Scherb said. “We think it certainly should be illegal."

The aid package is the centerpiece of the federal government’s plan to rescue an economy devastated by shutdowns and uncertainty. Under the program, the government is backing $659 billion in low-interest loans written by banks. Taxpayer money will pay off the loans if borrowers use them on payroll, rent and similar expenses. Companies typically must have fewer than 500 workers to qualify.

Demand was so great that a first infusion of $349 billion ran out in just two weeks. Many Main Street businesses could not navigate the application process rapidly enough to get one of those first loans before funding dried up. Meanwhile, several hundred companies traded on stock exchanges — hardly the image of a small business — received loans maxing out at $10 million each, causing a public backlash and leading dozens to return the money.