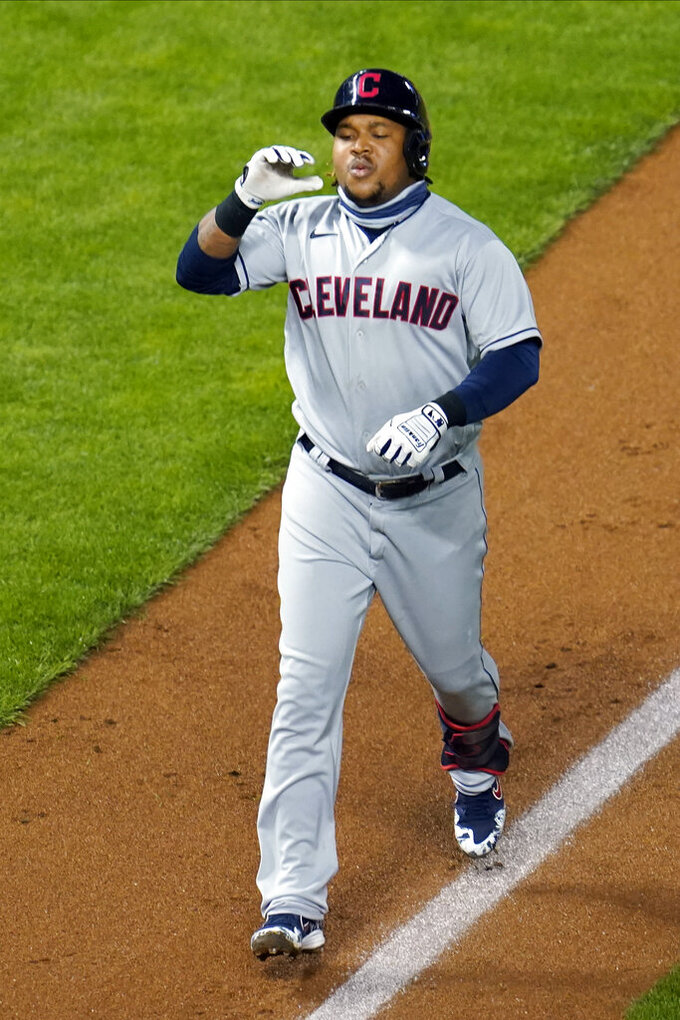 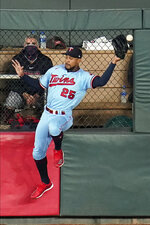 MINNEAPOLIS (AP) — With Byron Buxton healthy and again showing his tantalizing talent, the Minnesota Twins are looking more like the strong contenders in the American League they expected to be when this truncated season started.

A return to their power-hitting ways has helped their surge, too.

Buxton homered for the second straight night, Minnesota hit five home runs and Rich Hill got his first win since July in an 8-4 victory against the Cleveland Indians on Saturday.

The Twins won for the ninth time in 11 games since they closed August with a six-game slide. They remained a game back of the AL Central-leading White Sox, who pounded Detroit 14-0.

“You’re starting to see a lot of the cylinders starting to click with us as a club,” Hill said. “At this time of the season, it’s extremely important.”

Hill (2-1) struck out seven while working five innings of two-run ball. It was his first win since his first start of the season July 29 against St. Louis.

Buxton’s two-run shot deep to the bullpens in left-center field was his eighth of the year and third in four games. Marwin Gonzalez and Willians Astudillo hit consecutive homers off Zach Plesac in the second. Eddie Rosario and Miguel Sanó then went back-to-back in the ninth inning for the Twins.

Plesac (3-2) surrendered a season-high five runs in seven innings. He was making his third start since being recalled from the team’s alternate training site following a violation of the team’s coronavirus protocols.

“I think just early in the game, I wasn’t sharp with my command,” Plesac said. “I made a couple of mistakes and paid for it.”

A year after setting the major league record for home runs in a season, Minnesota’s “Bomba Squad” hasn’t gone deep with the same regularity, despite adding Josh Donaldson to the mix. But the Twins have shown signs of returning to their powerful 2019 form since Donaldson and Buxton returned from the injured list.

Buxton had one of two homers against Cleveland’s Shane Bieber on Friday night, and Minnesota has 21 home runs in its past 11 games. The Twins have hit multiple homers in five straight games.

José Ramírez homered for Cleveland for the second straight game, but the Indians dropped their fifth straight. They have scored six runs over their past four games.

“We have to continue pushing,” said Indians first base coach Sandy Alomar, who is filling in for the ailing Terry Francona. “We are very fortunate we are where we’re at right now, but hopefully tonight it’s a step in the right direction with scoring runs.”

The pair of back-to-back homers in the game marked the second time in franchise history. The last time Minnesota had two sets of back-to-back home runs in a game was in 1966 against the Kansas City Athletics. Rich Rollins and Zoilo Versalles paired up and then after a ground out, Tony Oliva, Don Mincher and Harmon Killebrew each homered.

ROOKER OUT FOR SEASON

Twins outfielder Brent Rooker was replaced in the fourth inning after being hit by a pitch from Plesac. After the game, manager Rocco Baldelli said Rooker has a fractured forearm and is out for the remainder of the season.

Rooker, the 35th overall draft pick in 2017 by Minnesota, hit .316 with a homer and five RBIs in his first seven career games.

Twins: RHP Jake Odorizzi (chest contusion) threw five innings on Friday at the team’s alternate training site and could be activated from the injured list next week during the upcoming road trip. ... C Mitch Garver (right intercostal strain) is catching at the alternate site and chief baseball officer Derek Falvey said he has “turned a corner.” ... OF Max Kepler (left adductor strain) has started taking at-bats in his rehab. ... RHP Homer Bailey, out since Aug. 2 with right biceps tendinitis, has thrown live bullpen sessions and Baldelli said the expectation is Bailey will be ready to return this season. ... C Alex Avila (low back tightness) has taken batting practice during his rehab.

Minnesota RHP Michael Pineda (1-0, 2.77 ERA) makes his third start of the season Sunday afternoon in the series finale. Cleveland will have rookie RHP Triston McKenzie (2-0, 2.57 ERA) on the mound.