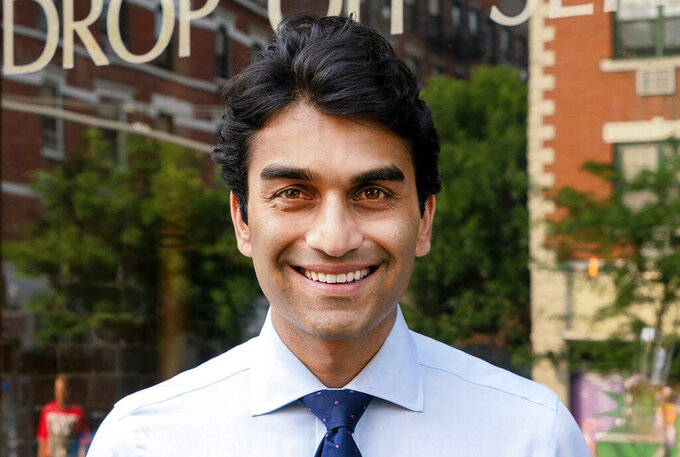 NEW YORK (AP) — New York Democrats Eliot Engel and Carolyn Maloney have cruised to reelection through most of their decades in Congress. Now, both must wait for mail-in ballots to be counted — a process that begins Wednesday — to learn whether they will serve an additional term.

Voting in New York's primary election concluded June 23, but an unknown number of ballots have continued to trickle in by mail over the past week.

With potentially as much as 50% of the vote being cast by mail this year because of the coronavirus, absentee ballots could decide the primary election. Under state law, counting may begin Wednesday, but it could take several days to complete in some counties.

The most closely watched contest in New York is the one involving Engel, chairman of the House Foreign Affairs Committee.

Engel, who has been in Congress since 1989, was running well behind former middle school principal Jamaal Bowman in votes cast in person.

The Associated Press has not declared a winner in the race, but Bowman, a progressive endorsed by Rep. Alexandria Ocasio-Cortez and Sen. Bernie Sanders, declared victory the day after the primary in a district that includes parts of the Bronx and suburban Westchester County.

"From the very beginning, we anchored our campaign in the fight for racial and economic justice," Bowman said in a prepared statement. “We spoke the truth — about the police, about systemic racism, about inequality — and it resonated in every part of the district.”

Engel cautioned at the time that any such declaration "is premature and undermines the democratic process.”

Maloney, who is in her 14th term in Congress, was running just a few hundred votes ahead of her closest challenger, Suraj Patel.

Maloney said she expects her lead to grow when all the ballots are counted in the district that includes Manhattan’s wealthy Upper East Side, as well as waterfront neighborhoods in Brooklyn and Queens that have been a hotbed of progressive activism.

Patel, a 36-year-old lawyer, activist and lecturer on business ethics at New York University, also expressed confidence, saying many requests for absentee ballots came from younger voters whose support he expects to win.

“We’re in this race to ensure that the electorate is expanded, that every voice is heard, that every ballot is counted,” he said in a telephone interview.

“This is a change election," he said. "Voters in droves rejected a failed status quo, and Carolyn Maloney with it.”

The race between Maloney and Patel is a rematch of the 2018 Democratic primary, a bruising contest that Maloney won while, one congressional district over, Ocasio-Cortez was ousting U.S. Rep. Joseph Crowley.

Patel, who had to take a break from the campaign trail after he was infected with the coronavirus, has sought to capitalize on some of the same forces that propelled Ocasio-Cortez to victory. The son of immigrants from India, he is young, progressive and campaigning on the idea that Maloney hasn't pushed hard enough for change in Washington.

He ran, however, without the backing of some of the most influential groups on the left, including Justice Democrats and the Democratic Socialists of America.

Maloney attacked Patel in a digital ad that called him “creepy” over a 2012 Facebook post in which he joked about being attracted to Olympic gymnast McKayla Maroney, then just 16.

Patel said the comment about Maroney was “a flippant remark on social media to my girlfriend. It wasn’t made ever in real life to an underage girl. I would never have had that interaction.”

He filed complaint with the House Ethics Committee over Maloney's campaign ad, saying the word creepy “is a racist trope used to describe black and brown men by people in power.”

Patel also attacked Maloney over questions she raised years ago about whether vaccines are linked to autism, prompting Maloney to run TV ads declaring that vaccines are safe.

Maloney, 74, called the election an opportunity to highlight her record and “talk about the opportunities ahead to advance police and criminal justice reform, to expand assistance to the millions impacted by COVID-19, and to hold President Trump accountable in what we are working to ensure are the final months of his disastrous presidency.”