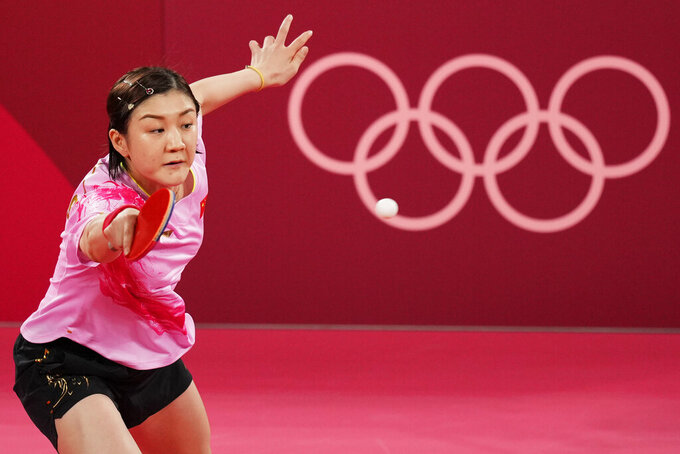 Despite its predictability, the win marked a return to form after China surprisingly lost to Japan in the mixed doubles final.

In the final game, the players traded the lead before Chen ended up on top. She then went to hug her coach before she and Sun posed together holding the Chinese flag and their paddles.

The match was filled with impressive rallies, with both players returning smash after smash. The cavernous arena was nearly empty so the clapping of a lone Chinese coach, the rapid-fire clicks of media cameras and the screams of the players after winning points echoed.

China swept all four table tennis events at the 2016 Rio de Janeiro Games. That was also the third straight Olympics where Chinese men have taken both gold and silver.

A rule change ahead of the Rio Games widely seen as aimed at China meant that each country can now only send two players for singles, opening up the bronze medal for other nations.

China’s table tennis team is so strong that Liu Shiwen, the women’s world champion, didn’t even make the singles’ team and is only playing team events.