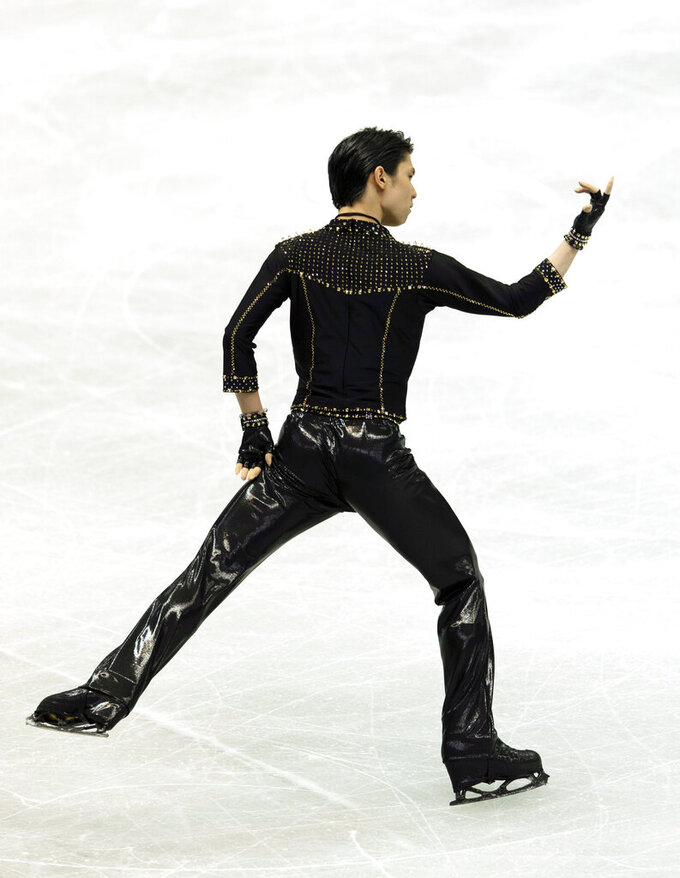 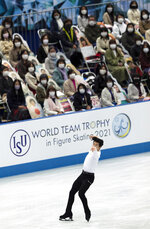 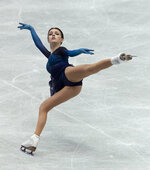 Chen, winner of the past five U.S. titles, opened with a quadruple flip and added a triple axel and a quad toe loop-triple toe loop combination for a total of 109.65 points.

Jason Brown of the United States landed all his jumps and finished third with 94.86 points.

“It was nice to skate in front of an audience for the first time this season,” Chen said of the limited number of fans allowed into Maruzen Intec Arena. "I really enjoyed it. It was a totally different atmosphere from the world championships, and I felt a lot of energy.”

Chen has not lost a competition since the 2018 Olympics.

The 26-year-old Hanyu, a two-time world champion, said “I did what I was capable of" on Thursday.

“My ranking doesn’t concern me, but I was able to smoothly execute my quad salchow and quad toe loop. That makes me think I’m getting better," Hanyu said.

Teams from Japan, the United States, Canada, France, Russia and Italy are competing.

Russia led the competition after the first day with 49 points, two ahead of the United States. Japan was third with 42 points.

World champion Anna Shcherbakova of Russia won the women’s short program with a score of 81.07. Compatriot Elizaveta Tuktamysheva was second with 80.35 while Japan’s Kaori Sakamoto was third with 77.78.

The 17-year-old Shcherbakova opened with a double axel and landed a triple flip as well as a triple-lutz-triple loop combination.

Victoria Sinitsina and Nikita Katsalapov of Russia won the rhythm dance event with 86.66 points. Charlene Guignard and Marco Fabbri of Italy were second with 82.93 followed by Americans Kaitlin Hawayek and Jean-Luc Baker with 76.79.

Each country sends two men, two women, one pair and one ice dancing entry. The points will be combined across the four disciplines with the highest point total winning.

The World Team Trophy was first held in 2009. Team USA has won four of the previous six competitions with the other two won by Japan. The U.S. is the defending champion.

A limited number of fans were allowed to attend even though Osaka is experiencing a surge in COVID-19 cases.

On Wednesday, Japan’s second-largest city recorded over 1,100 cases, its highest total since January.

With less than a year to go until the Beijing Olympics, many of the world’s top skaters are in Osaka, eager to get in another competition after several International Skating Union events were canceled this season due to the pandemic.

The competition continues Friday with then men’s free program, the ice dance free program and the pairs short program.