China, others to join military exercises in Russia 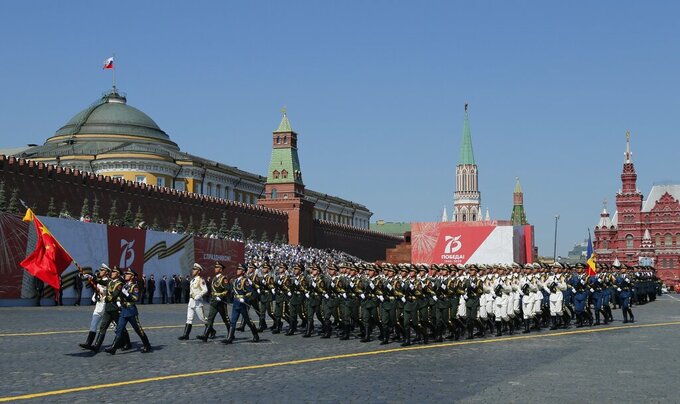 The “Caucasus 2020” drills will deploy wheeled vehicles and light weaponry to be flown to the drill location by China’s latest transport aircraft, the ministry said in a statement.

The exercises running Sept. 21-26 will focus on defensive tactics, encirclement and battlefield control and command, the ministry said.

The exercises have special meaning for China-Russia ties “at this important moment when the whole world is fighting the pandemic,” it said.

China has reported no new domestic coronavirus cases in weeks, while Russia is continuing to see new cases and has reported more than 1 million people infected.

Since establishing a “comprehensive strategic partnership" two decades ago, China and Russia have cooperated increasingly closely on military matters and diplomacy, largely to counter U.S. influence. Their militaries regularly hold joint exercises and they back each other in the United Nations over issues including Syria and North Korea.