China pledges to help Indonesia in fight against coronavirus 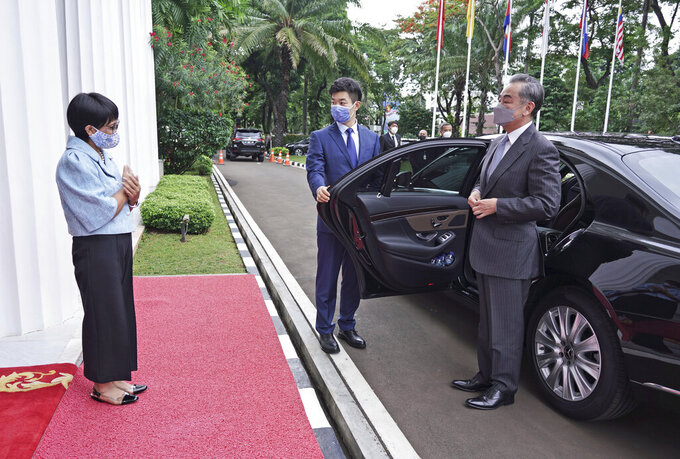 “Despite the sharp increase in the demand for vaccines, we still overcame difficulties and did not hesitate in response to Indonesia’s need to provide vaccines to our friends in Indonesia,” Wang told reporters after meeting in Jakarta with Foreign Affairs Minister Retno Marsudi.

Indonesia has received 3 million doses of the Chinese-made Sinovac vaccine and raw materials for 15 million doses that are to be produced in Indonesia.

President Joko Widodo on Wednesday was given the first vaccination after the government approved the Sinovac Biotech Ltd. vaccine for emergency use and began efforts to inoculate millions of people in the world’s fourth most populous country.

Indonesia has recorded more than 846,000 coronavirus cases, the most in Southeast Asia, and over 24,600 deaths.

Wang, who is on a trip to Southeast Asian countries, said his visit to Indonesia was aimed at “cementing our strategic trust and pursuing COVID-19 response and development cooperation as the two priorities.”

He said China is prepared to continue cooperating with Indonesia in vaccine purchases and manufacture “to support Indonesia in building itself into a regional production hub.”

Indonesia also has agreements with other vaccine companies including Novavax and AstraZeneca, though none of their products has arrived in the country yet.

Marsudi said Indonesia is seeking self-reliance in its pharmaceutical industry.

“Regarding this plan, Indonesia is open to cooperating with China and other countries,” he said.