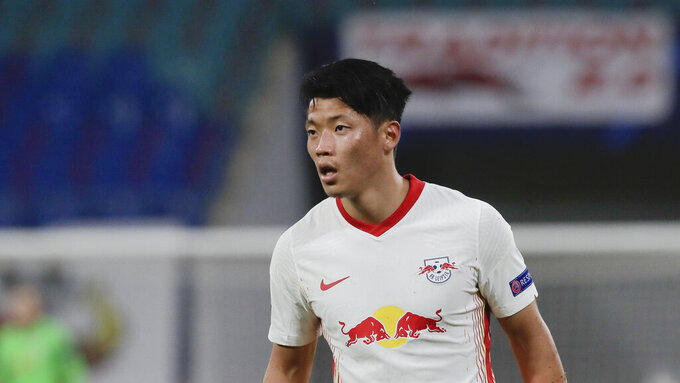 Hwang tested positive last month after returning to Germany from the South Korean national team's friendly games in Austria against Mexico and Qatar. Nagelsmann said Hwang has only been able to manage a seriously reduced training program since then and won't be available to play for Leipzig until next month at the earliest.

"It was the case that he had the full range of symptoms. I spoke with him briefly and he said, ‘For the first seven days, I was almost dead.’ That’s exactly how he put it," Nagelsmann said. “It wasn’t going well for him and therefore you have to be careful. Everyone knows about the virus that when you get back (into training) too early that it can be dangerous for the organs, for the heart most of all. So caution is advised."

Hwang signed for Leipzig after scoring 16 goals and setting up 22 more for Salzburg last season. Since moving to the German club, he has scored once in seven games.