Column: A long month of May without racing at Indianapolis 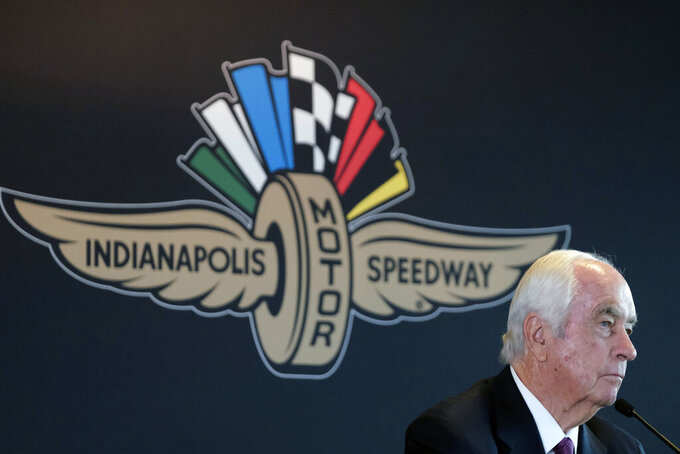 It is finally May and time to declare this a crummy year to have purchased Indianapolis Motor Speedway.

Racing was supposed to begin this weekend at the historic speedway where Roger Penske would have unveiled the initial phase of his renovations after completing the purchase of IMS and its assets in January. Penske, with a demand for perfection and relentless attention to detail, had touted 700-something new bathroom hand dryers and paved parking lots among the immediate capital improvements.

Then came the coronavirus pandemic and the IndyCar Series was suspended 48 hours before its March 15 season-opening race.

Before sports shut down, IMS was scheduled to open this week for the GMR Grand Prix on the road course. Scott McLaughlin, a two-time V8 Supercars champion, was to make his IndyCar debut. The gates would have officially opened for “The Month of May” and fans would begin trickling into the old gray lady on the corner of Georgetown Road and 16th Street.

Its new owner was determined to make the 111-year-old landmark “Penske Perfect” in time for the Indianapolis 500 on Memorial Day weekend.

Nothing has happened since IndyCar put Penske’s first season as owner on hold. The schedule, changed over and over and still in need of adjustments, is on pace to finally begin June 6 at Texas Motor Speedway.

IndyCar and track promoter Eddie Gossage of Speedway Motorsports will come to a deal neither side can refuse so that Texas can overcome the loss of income from not permitting spectators — and it deserves to be noted that few track operators have been as accommodating as Gossage in IndyCar's sustainability.

But the Indianapolis 500 has already been moved to August, marking the first time since 1945 the race won’t be held on Memorial Day weekend. McLaughlin is stuck in Australia, his anticipated series debut on hold as the two-time IndyCar iRacing winner hopes the revised calendars afford him another opportunity to race in America in 2020.

Everything has been pretty awful — nothing close to the way anyone expected for The Captain’s first year at the helm of this piece of Americana. In the four-plus months since Indy became his, the 83-year-old billionaire businessman has been stymied at every attempt to showcase his prized new asset.

Races have dropped off the calendar and there could be more collateral: Toronto scheduled for July 12 has yet to be canceled but Mark Miles, who heads IMS and IndyCar under Penske, isn't hopeful the street course event will happen under Canada’s current regulations.

Much like NASCAR, the IndyCar teams are financially hanging by a thread and desperate for racing to begin for badly needed revenue. The drivers have been good sports with an iRacing league that showcased their personalities, and for the most part they avoided the controversies that ensnared some of their NASCAR peers.

But everyone is ready for iRacing to go back to its space and for engines to roar again.

Miles said IndyCar is ready to race and should be at Texas as planned. The series, he said, wasn’t waiting for NASCAR to go first — NASCAR plans to restart May 17. IndyCar is simply planning to start with the next event on the schedule that has yet to be canceled or postponed.

Miles also hopes there can be fans socially distanced across the 640 acres at Road America in Wisconsin on June 21. The governor of Indiana is planning to allow fans in July at the speedway, when IndyCar and NASCAR hold what could be (the revised schedules are unpredictably changing) an unprecedented doubleheader between the series.

When Penske was forced to reschedule the Indianapolis 500, he used an optimistic view in discussing the opportunities ahead of his staff. He's owned race tracks before, promoted races and was chair of Detroit's host committee for the Super Bowl in 2005.

He didn't once lament the bad timing of a pandemic spoiling his purchase or his plans. Time and again, IndyCar's stakeholders have publicly expressed their gratitude that it is Penske in charge. It's been a bumpy start and the road ahead may still be rough — this month particularly as May, which signifies racing Indy cars at the speedway, drags along and IMS sits idle.

But few doubt Penske and his staff can guide the series through this crisis and ensure “The Greatest Spectacle in Racing” goes on one way or another.