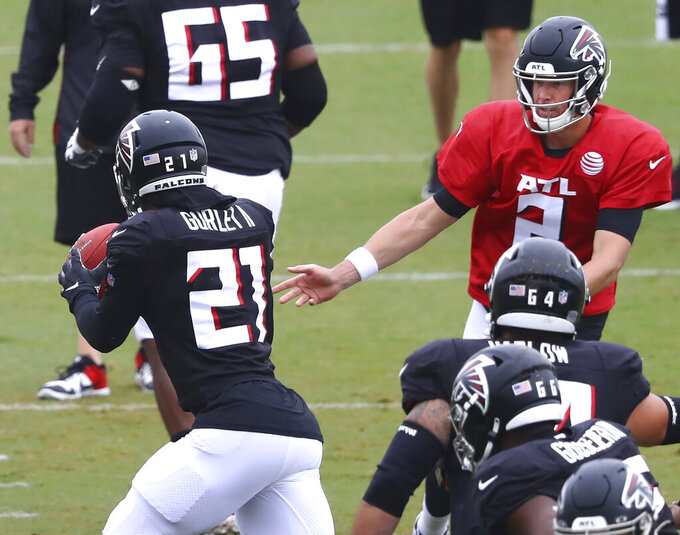 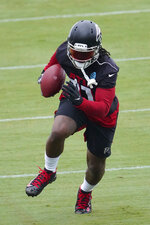 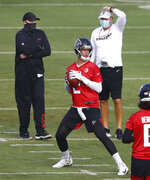 ATLANTA (AP) — The Atlanta Falcons decided to stick with the guy who led them to the Super Bowl.

That continuity could be a major asset heading into this most unusual of seasons.

Coach Dan Quinn's job was in jeopardy after two straight losing campaigns, but the Falcons brought him back for a sixth year. Longtime general manager Thomas Dimitroff also was retained.

When the coronavirus pandemic hit, NFL teams were forced to shut down their training facilities and do most of their work virtually. The players were thankful to go through such a unique offseason with a group of familiar faces — and believe it could help the Falcons turn things around after a pair of 7-9 seasons.

“It's definitely a lot easier than having a whole new coaching staff," cornerback Isaiah Öliver said. “Having them back is huge. We all love to play for coach Quinn and we're ready to fight for him.”

Quinn guided the Falcons to the Super Bowl for only the second time in franchise history during the 2016 season, but that magical run has faded into the rearview mirror. It's playoffs or bust if Quinn — and Dimitroff, that that matter — figure to keep their jobs beyond 2020.

The Falcons have a new lead back, cutting ties with Devonta Freeman and signing Todd Gurley to a $6 million, one-year deal. The move certainly comes with some risks.

Even though Gurley is only 26, he has a history of knee problems that limited him to a career-low 857 yards last season with the Los Angeles Rams. Atlanta is hoping Gurley gets back to the form that made him an All-Pro selection in 2017 and 2018. If that happens, the Falcons could have the sort of dynamic offense that carried them all the way to the Super Bowl just four seasons ago.

A year ago, the Falcons ranked 30th in rushing yards at 85.1 per game.

Gurley isn’t the only former Rams player being counted on to play a key role in Atlanta. The Falcons also signed outside linebacker Dante Fowler Jr., who turned his career around in Los Angeles after 3 1/2 troubled years with the Jacksonville Jaguars.

Fowler, the third pick in the 2015 draft, is coming off a season with 11 1/2 sacks and returned a fumble for a touchdown. It will be interesting to see how he fares without Aaron Donald drawing much of the attention, which certainly helped boost Fowler’s numbers with the Rams.

The Falcons are desperate for an elite pass rusher after ranking next to last in the league with 28 sacks. Vic Beasley never came close to matching his All-Pro season in 2016, prompting Atlanta to finally go in a different direction with Fowler.

“My first few years in a league, I had some bumps, some growing pains,” Fowler said. “I’m happy it happened to me early. Now, I’m ready to be a pro for the next 10 years.”

The Falcons have undergone a major youth movement at one of the key spots on the field.

Desmond Trufant, the team’s long-time No. 1 cornerback, was let go in a salary cap move. The position is now being entrusted to No. 1 draft pick A.J. Terrell, third-year player Oliver, and second-year pro Kendall Sheffield.

Oliver made big strides in the second half of last season after a rocky start to his NFL career. He is confident in a group that also includes newcomer Darqueze Dennard.

While Julio Jones justifiably draws most of the attention in the Falcons’ receiving corps, keep an eye on Calvin Ridley. The 2018 first-round pick could be poised to put up the best numbers of his young career after missing the final three games last season with an abdominal injury. He settled for 63 receptions, 866 yards and seven TDs.

“I can easily be a 1,000-yard receiver, or even better,” Ridley said. “I’ve always had confidence in myself, but now I’m really hungry.”

Matt Ryan expects to have one of the league’s best 1-2 receiving punches if Ridley continues to put in the work.

“He’s doing exactly what he needs to do to reach the next step,” Ryan said. “He understands his role and what we’re expecting him to do."

The Falcons initially hoped to have a limited number of fans at home games this season, but those plans were scrapped at least through the first month of the season as Georgia remained one of the nation’s pandemic hot spots.

The team announced that no fans would be allowed at Mercedes-Benz Stadium through the end of September, which means the Falcons will play before 71,000 empty seats when they host the Seattle Seahawks on Sept. 13 and the Chicago Bears on Sept. 27.

The Falcons have yet to decide whether fans will be allowed for the final six home games. ___