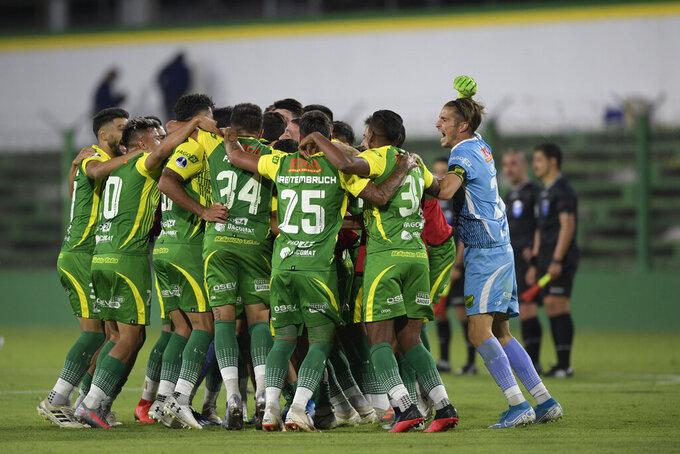 Chilean authorities said the 56 members of the Argentine team's delegation in Santiago had close contact with the infected players and should remain isolated at their hotel.

CONMEBOL said the match has been rescheduled for next Tuesday in Asunción, Paraguay. The Chilean team based in a city 460 kilometers (285 miles) north of Santiago had already lost the right to play at home, having its first leg transferred to the country's capital.

The other semifinal of the tournament is an all Argentine affair that had its first leg on Wednesday. Visitors Lanus beat Velez Sarsfield 1-0 with a goal scored by veteran striker Jose Sand in the 39th minute.