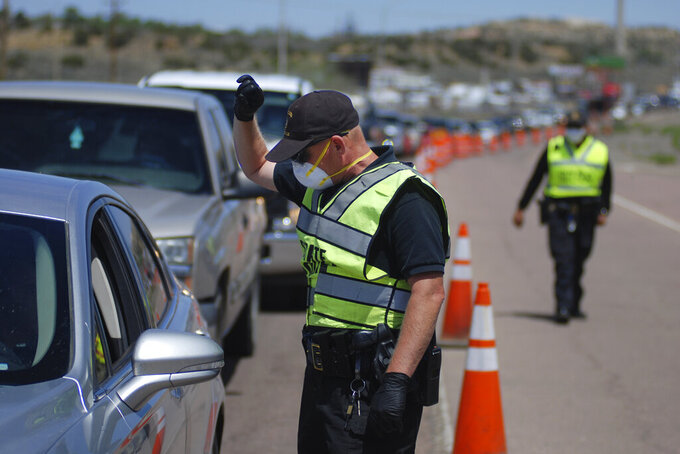 ALBUQUERQUE, N.M. (AP) — The famed Santa Fe Opera has been forced to cancel its season, with officials saying Monday that the decision was made to ensure the health and safety of staff, artists, patrons and the surrounding community as the world grapples with the coronavirus pandemic.

The opera explored all the possible scenarios — including how to test and quarantine, limit theater capacity and conduct wellness checks — before determining that the performances simply could not go on.

“I am at a loss to describe the disappointment that I myself and all my colleagues feel today,” General Director Robert Meya said in a statement.

In recent years, the open-air venue has been the backdrop for productions about the dawn of the nuclear age in 1940s New Mexico and a world premiere of a techno-infused opera about Apple co-founder Steve Jobs. Supreme Court Justice Ruth Bader Ginsberg also has been a regular visitor to performances in Santa Fe.

More than $5 million in tickets already were sold. Meya is asking patrons to donate the value of their tickets back to the opera to help compensate the many artists, musicians and seasonal staff who otherwise would have been working this season. A group of patrons has offered to match all donated tickets dollar-for-dollar up to $3 million.

Meya said the donations would provide the opera with "a bridge over these dark and turbulent times.”

The pandemic already has forced the cancellation of numerous events that typically draw visitors and spectators from around the globe — from the annual art markets in Santa Fe to an international powwow in Albuquerque and even a summer UFO festival in Roswell.

For most people, the coronavirus causes mild or moderate symptoms, such as fever and cough. For some, especially older adults and people with existing health problems, it can cause more severe illness, including pneumonia and death.

— The latest numbers show McKinley County, which includes the city of Gallup and a portion of the Navajo Nation, continues to lead the state with 1,585 cases. The rural area also accounted for four of the eight deaths reported Monday. A lockdown in Gallup was lifted over the weekend, but the mayor wants people to wear masks.

— In southern New Mexico, the state Health Department is reporting 30 cases among individuals being held at the Otero County processing center run by federal immigration authorities.

— State officials also announced Monday that hospitals are expected to get an additional $66 million in Medicaid payments to help cover losses during the health emergency. The rate increases approved by the federal Centers for Medicare and Medicaid include higher reimbursements for intensive care stays by 50% for the duration of the emergency. Human Services Secretary David Scrace described intensive care as a key scarce resource for the state.