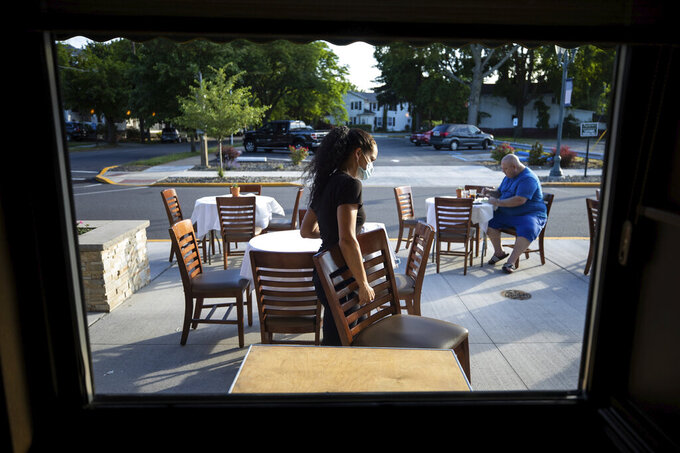 HARRISBURG, Pa. (AP) — The state Health Department's effort to shut down a large auto show in central Pennsylvania over claims it represents a risk to the public will be the subject of an emergency hearing, a state court said late Wednesday.

The order from Commonwealth Court scheduled a Thursday morning hearing at the judicial center in Harrisburg, with social distancing rules because of the pandemic.

The unsigned order also declined to immediately shut down Spring Carlisle over the state's claim the event runs afoul of a 250-person limit for gatherings in Cumberland County.

Attendees streamed into the fairgrounds Wednesday, the first day of the event put on by defendant Carlisle Productions Inc., also known as Carlisle Events. It is scheduled to run through Saturday.

“When individuals choose to ignore those safeguards — such as by holding an event anticipating 100,000 attendees — they put the lives of Pennsylvanians at risk and threaten to reverse the significant progress that has been made to resolve this crisis. That dangerous conduct must be stopped before it can occur,” they told the court.

Carlisle Events has held the spring auto show at the Carlisle Fairgrounds since 1976. It typically draws about 100,000 people, although organizers say they expect a smaller crowd for this year's event.

The organization said it will defend itself in court to stay open, and that it believes the department's order is invalid. In any case, the department has mistakenly applied the order to outside events such as the auto show, and has let other entertainment venues open, Carlisle Events said.

The organization has put in place safety measures in response to the pandemic and the roughly 100-acre facility provides plenty of space for vendors and patrons to abide by federal social-distancing and other COVID-19 guidelines, the organization said.

Gov. Tom Wolf responded to criticism that he recently participated in a racial justice march that drew far more than 250 people, but is enforcing the limit against others.

“I thought that was important for me to take that risk,” he told reporters at a news conference Wednesday afternoon. “Everybody has different reasons for doing different things. We’re all trying to keep people safe. The enemy out there is the virus.”

The state's legal filing included the letter sent to the organization on Tuesday by Dr. Rachel Levine, the state health secretary. It says Carlisle Events did not respond, as requested, by late Tuesday.

Levine said in the letter that she was aware that the events are generally held outside, although there are buildings with vendors and exhibits.

“However, the large number of persons who typically attend, the wide variety of locations from which they travel, and the fact that they will congregate in hotels and restaurants throughout the area creates a strong potential for the spread of infection,” Levine wrote.

Levine’s letter also warned of legal liability if people at the show become infected, as well as criminal and civil penalties under the state’s Disease Prevention and Control Law.

In other COVID-19 developments in Pennsylvania:

Another 43 deaths have been attributed to COVID-19, bringing the total so far to 6,319, the Health Department reported Wednesday.

The agency said there were also 335 additional positive cases, and nearly 80,000 since the pandemic broke out earlier this year.

Pennsylvania has now gone four straight days with fewer than 400 new cases, the longest such streak since cases began to grow quickly in late March.

The number of infections is thought to be far higher than the state’s confirmed case count because many people have not been tested and studies suggest people can be infected without feeling sick.

Eastern State Penitentiary, a former prison turned museum in Philadelphia, has announced layoffs of about 40% of its staff and suspension of its popular Halloween fundraiser this fall due to the coronavirus pandemic.

The organization’s president and CEO, Sally Elk, called the move an “absolute last resort” that followed months of financial losses and uncertainty ahead.

Eastern State Penitentiary, designated a National Historic Landmark by the federal government in 1965, said it planned to reopen for historic tours in mid-July but expected its two largest audience segments — tourists and school groups — to be greatly diminished for the rest of the year and beyond.

The organization said preparations for the annual “Terror Behind the Walls” Halloween fundraiser, which draws huge crowds to the Fairmount neighborhood each year, had been going on for months, but modifying the event to comply with anticipated COVID-19 guidelines proved too difficult and financially risky. Instead, smaller-scale evening tours “more closely aligned with our mission” are planned, said Sean Kelley, senior vice president.