Croatia defender Vida pulled from match because of virus 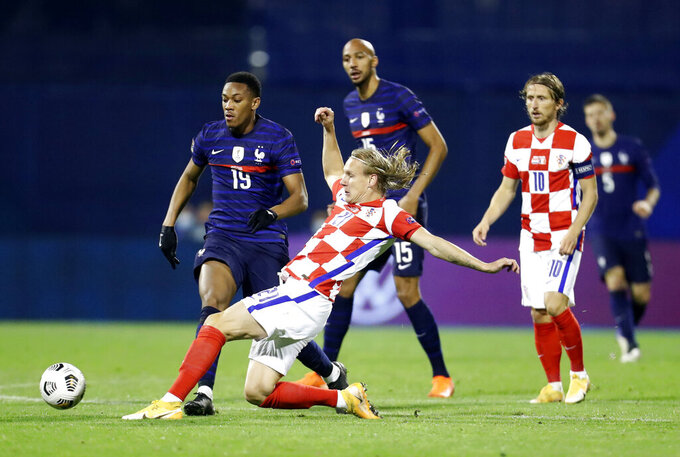 ZAGREB, Croatia (AP) — Croatia defender Domagoj Vida was pulled out of a friendly match against Turkey at halftime because he had tested positive for the coronavirus, the country's soccer federation said early Thursday.

The 31-year-old Vida, who plays for Turkish club Besiktas, was isolated from the rest of the squad after being substituted in Wednesday's match.

Vida had tested negative three days before the match in Turkey, but he was found to be positive on Wednesday following another round of testing for the Croatia team ahead of a Nations League match against Sweden on Saturday.

“The medical service of the Croatian national team received initial information at the end of the break between the two halves that there was one potentially positive result,” the federation said in a statement.

Vida will self-isolate in Istanbul for 10 days while the rest of the squad prepares for the match against Sweden, the federation said.

Croatian media carried recent photos of Vida hugging his teammates, including midfielder Luka Modric. Turkish media also had photos of Turkey players who were in close contact with Vida during the match on Wednesday.

Croatia, which fielded a mostly reserve squad, was held to a 3-3 draw in the match.