Cruise ship that dominated small harbor is ready to depart 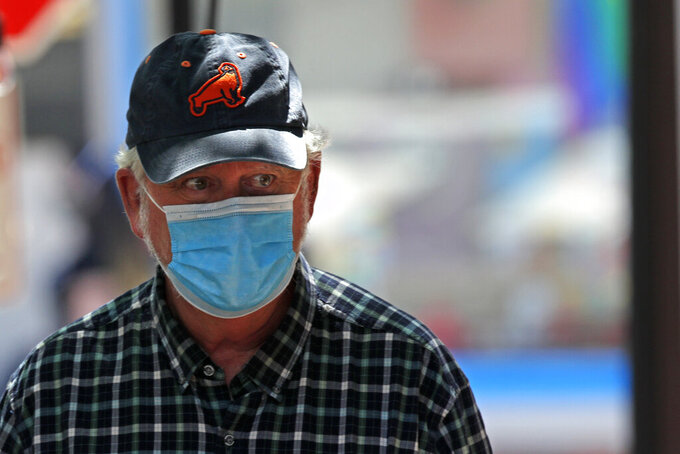 EASTPORT, Maine (AP) — A cruise ship that tied up in Eastport, Maine, during the pandemic is ready to set sail.

The Oceania Riviera will depart this weekend for Europe.

The 785-foot (240-meter) ship arrived in Eastport on June 14 with no passengers and has been waiting for the green light for cruise ships to resume operations.

Oceania Cruises, which owns and operates Riviera, declined to comment on why the ship is moving. But a local official told the Bangor Daily News that the ship is sailing to Europe so it can switch out the crew members who live on the ship and maintain the vessel.

Cruise lines stopped sailing in mid-March after several outbreaks of COVID-19, the illness caused by the coronavirus, in ships at sea.

The Riviera was big enough to hold Eastport's entire population of 1,300, and it dominated the community's harbor.

In other news related to the coronavirus pandemic in Maine:

The administration of Democratic Gov. Janet Mills said Thursday it would spend $1 million to expand services to try to reduce the state's racial disparity in coronavirus cases. Black Mainers represent about 1.4% of the state's population but more than 22% of the COVID-19 cases in the state in which race is known, the Mills administration said.

The money will be used to “expand education, prevention and eligibility for services currently supported by the Coronavirus Relief Fund,” the administration said in a statement.

Public health authorities in Maine reported one death and 27 new cases of coronavirus in the state on Thursday. Maine has had more than 3,800 reported cases of the virus and 122 deaths.

The number of new jobless claims in the state tapered off last week, though thousands of people in the state are still making use of assistance. The Maine Department of Labor said 2,100 people people filed initial claims during the week that ended July 25. That was the lowest number in weeks.

Port City Musical Hall, a popular music venue in Portland, has permanently closed because of coronavirus.

Lauren Wayne, general manager of the company that owns the venue, told the Portland Press Herald there will be more similar closures without relief for the industry.

Port City previously hosted 15 to 20 performances a month, but was shuttered by the virus along with the rest of the live entertainment industry.