Defrocked US priest revered in East Timor accused of abuse 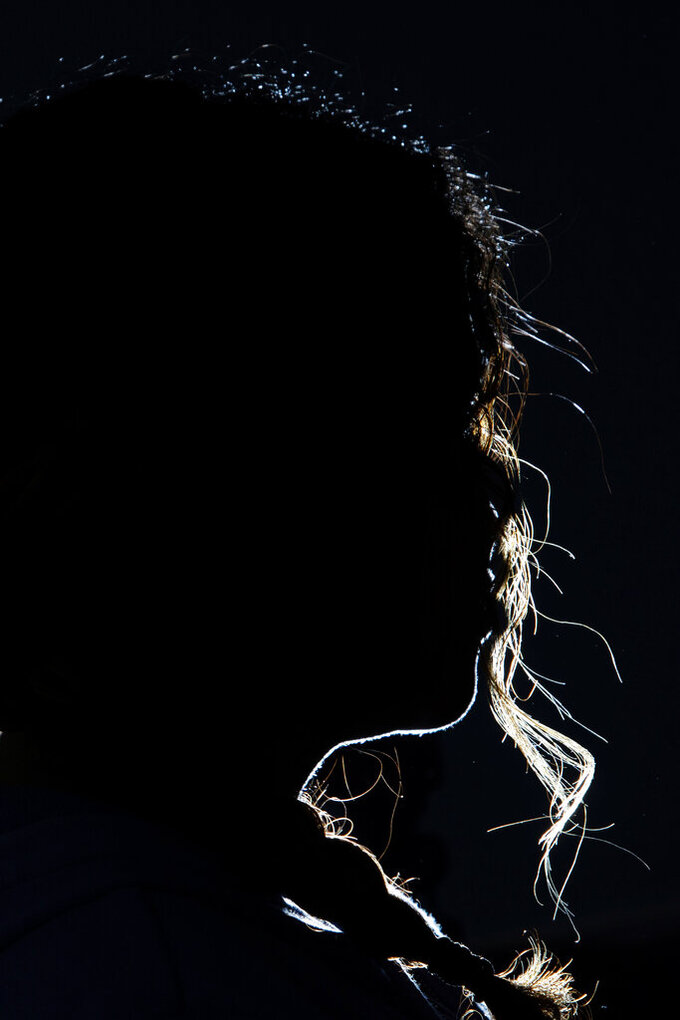 This 2021 photo made at an undisclosed location shows a woman who has accused now-defrocked Catholic priest Richard Daschbach of abuse when she stayed at the Topu Honis children's shelter in Kutet, East Timor. Over a dozen accusers have come forward to accuse Daschbach. They are not being identified because of fears of retribution. (AP Photo) 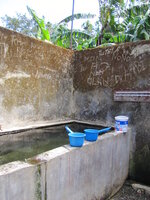 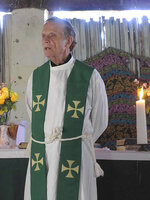 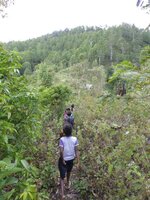 It was the same every night. A list of names was posted on the Rev. Richard Daschbach’s bedroom door. The child at the top of the roster knew it was her turn to share the lower bunk with the elderly priest and another elementary school-aged girl.

Daschbach was idolized in the remote enclave of East Timor where he lived, largely for his role in helping save lives during the tiny nation’s bloody struggle for independence. So, the girls never spoke about the abuse they suffered. They said they were afraid they would be banished from the shelter the 84-year-old from Pennsylvania established decades ago for abused women, orphans, and other destitute children.

The horrors of what they said happened behind closed doors over a period of years is now being played out in court -- the first clergy sex case in a country that is more solidly Catholic than any other place aside from the Vatican. The trial was postponed last month due to a coronavirus lockdown, but is expected to resume in May.

At least 15 females have come forward, according to JU,S Jurídico Social, a group of human rights lawyers representing them. The Associated Press has spoken to a third of the accusers, each recalling their experiences in vivid detail. They are not being identified because of fears of retribution.

They told AP Daschbach would sit on a chair every night in the middle of a room holding a little girl, surrounded by a ring of children and staff members praying and singing hymns before bed.

“The way that you determine who sits on his lap is by the list that he’d have on his door,” one accuser said. “And that meant that you were the little girl that was going to go with him.”

Later in his room, they said Daschbach would strip down to white boxer shorts and a T-shirt and then undress the girls, giving them deodorant to put on before fondling them and quietly guiding their hands to touch him. Then, they said, there would often be oral sex. One accuser also alleged she was raped.

He would sometimes ask the children with him on the lower bunk to switch places with one or two others sleeping on the mattress above, they said, adding abuse also occasionally occurred during afternoon naps.

Daschbach faces up to 20 years in prison if found guilty. He and his lawyer declined to be interviewed by the AP.

The church defrocked Daschbach in 2018, saying he had confessed to sexually abusing children. But he maintains strong political ties and is still treated like a rock star by many, especially at the Topu Honis shelter, which means “Guide to Life.”

Former President Xanana Gusmao attended the trial’s opening in February. A month earlier, the independence hero visited Daschbach on his birthday, hand-feeding cake to the former priest and lifting a glass of wine to his lips, as cameras flashed.

Daschbach’s lawyers have not made their legal strategy public, and court proceedings are closed. But documents seen by AP indicate that they will argue he is the victim of a conspiracy.

In January, however, the former priest appeared to be preparing his supporters for the worst. He told local reporters that his message to the children who remain in the orphanage is this: “Be patient. We won’t meet again because I will be detained for life, but I will still remember you and you have to be happy there.”

The son of a Pittsburgh steelworker, Daschbach began his religious studies as a teenager. In 1964, he was ordained by Divine Word Missionaries in Chicago, the Catholic church’s largest missionary congregation, with around 6,000 priests and brothers serving in more than 80 countries.

When he arrived in Southeast Asia a few years later, the nation now known as East Timor was under Portuguese control. That colonial rule would last until 1975 when the country was almost immediately invaded by neighboring Indonesia. A bloody, 24-year independence struggle followed, leaving as many as 200,000 people dead — a quarter of the population — through fighting, famine, and starvation.

Daschbach started the shelter in 1992 and earned his reputation during the conflict. He often told visitors about defending the women and children living in Topu Honis and surrounding areas, sheltering them in a cave, and leading a ragtag group armed with spears to stave off attackers.

Stories about the charismatic priest who joined in traditional dances with bells on his ankles, spoke local languages fluently, and gave mass where he blended Catholicism with the area’s customs and animist beliefs, spread far beyond East Timor.

Foreign donors, tourists, and aid workers who made the three-hour hike up the steep, narrow jungle path to Kutet village were met by the grandfatherly priest who was often surrounded by laughing kids playing hopscotch in matching uniforms. In many photographs of Topu Honis taken by visitors and posted online, young girls are seen by Daschbach’s side, on his lap, or with his arm pulling their tiny shoulders against him.

Some visitors stayed on the mountain for weeks or even months, so impressed by what they saw that they sent tens of thousands of dollars to support the shelter or pay for college scholarships.

Jan McColl, who helped fund Topu Honis, said she was devastated after she and another longtime Australian donor, Tony Hamilton, flew to East Timor and asked Daschbach point-blank whether he was a pedophile.

“He said, ‘Yes. That’s who I am. And always have been,’” said McColl, adding he responded calmly while continuing to eat his lunch. “So, we just got up and left the table. We were just absolutely distraught.”

Hamilton said the exchange was jarring and surreal, and he has struggled to make sense of it while continuing to support some of the children. He and McColl have given affidavits.

“I think in some crazy way, he recognizes that what he has done is a crime,” he said. “But he reconciles it somehow with the good that he’s done.”

The global clergy sex abuse scandal that has rocked the Catholic Church for more than two decades, has led to billions of dollars in settlements and the establishment of new programs aimed at preventing further abuse. But experts have seen a growing number of victims coming forward in developing nations like Haiti, Kenya, and Bangladesh, where priests and missionaries deployed by religious orders often operate with little or no oversight. Even if they’re caught, they rarely face consequences. For some, the idea of ever jailing a priest, no matter the crime, seems blasphemous.

Many supporters in East Timor insist the accusations against Daschbach are lies and part of a bigger plot to take over the shelter and other property, including a beachside boarding school. After the trial’s opening, dozens of mostly women and children waited outside the courtroom, wailing as the ex-priest waved goodbye to them from a vehicle.

“Law enforcers must see which one is better: Omitting one person or eliminating the future of many?” said local resident Antonio Molo, one of the doubters, who worries that hundreds of children may lose a chance at a better life if Daschbach is gone.

Though the Vatican acted swiftly to investigate and remove the priest when accusations were leveled three years ago, the local archdiocese was more accommodating.

It agreed to lodge him under informal house arrest at a church residence in the town of Maliana. But Daschbach still moved around with relative ease, including taking an overnight ferry to Oecusse enclave where he returned to the children’s home, infuriating accusers and their families. Despite being stripped of his priestly duties, local media reported he continued to perform mass while there.

Monsignor Marco Sprizzi, Vatican ambassador to East Timor, stressed that Daschbach should not be allowed to be among children, but said there’s little the church can do now.

“Once he’s defrocked ... he’s no more a priest. He is no part of the clergy,” he said. “And, of course, that house for children was not -- since the beginning -- was not belonging to his religious congregation. He did it by himself, and it was in his own name.”

Zach Hiner, executive director of the U.S.-based Survivors Network of those Abused by Priests, or SNAP, said the church had a moral responsibility to do more and should have recalled Daschbach to the U.S. before laicizing him.

“We fear for the vulnerable children that he may still have access to,” he said.

But Daschbach still has strong support within factions of the church, locally.

Late last year, the Archbishop of Dili sacked the president of the church’s “Justice and Peace Commission” and publicly apologized following the publication of a report naming the victims and implying prosecutors, police, and NGOs investigating the allegations had sexually abused the accusers, themselves, by carrying out forensic exams. The report also alleged human trafficking, referring to seven accusers who had been moved to a safe house.

Former donors and the accusers were outraged, saying the report put the lives of those who came forward in danger. Threats of violence have been made against anyone who speaks out against Daschbach.

The ex-priest faces 14 counts of child sexual abuse, one count of child pornography and one count of domestic violence. He also is wanted in the U.S. for three counts of wire fraud linked to one of his California-based donors, which accused him in a court case of violating an agreement to protect those under his care. An Interpol Red Notice has been issued internationally for his arrest.

The accusers who spoke to AP described systematic abuse and inappropriate behavior, including Daschbach regularly overseeing the girls’ showers. They said all of the children removed their clothes and stood together around a large concrete water basin outside, with the nude priest going from girl to girl shampooing their hair and splashing water on their private parts. They said he also took photos of them naked as they played in the rain, and that some girls were told he didn’t want them to wear underwear.

His accusers said they were filled with hope when they arrived at the shelter. For the first time, they, along with many others, had clean clothes, time to play, and an emphasis on school. Most importantly, they had food. The meals were basic but steady.

The adoration and respect for the white American missionary was so commanding, the accusers said they did whatever he wanted without question.

One recalled first arriving at the shelter still distraught after her father had died and said the priest raped her that same night. She said he continued to do so frequently the entire time she was there.

She said he would lock the door and pull the curtains, telling her they had to be careful and that no one could know. She said he typically chose young children, but for those like her who were nearing puberty, Daschbach exercised caution.

“He would pull out and say, ‘I have to stop, otherwise you’ll be pregnant,’” she said.

Now, accusers say they struggle to process how someone who appeared so kind and selfless could ask them to do things that felt so wrong.

“When I was getting abused, I was like, ‘Is this sort of like the payment?’” one accuser said. “That’s what I was computing in my head … ‘this must be the price that I have to pay to be a part of this.’ You know, like those shiny little dresses that these girls are wearing to church. That’s not free. This is the price tag.”