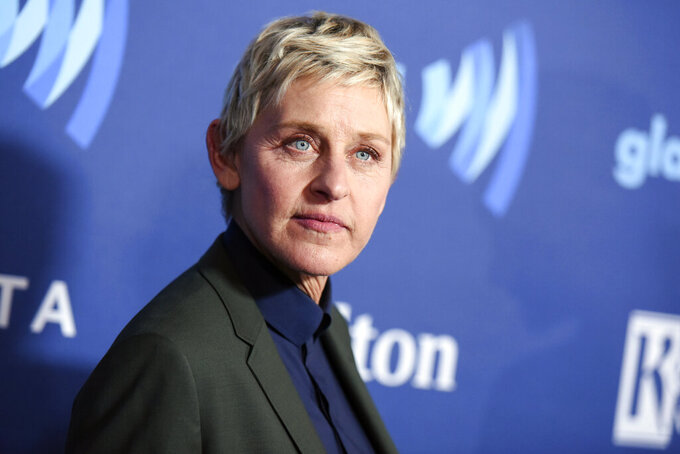 FILE - Ellen DeGeneres arrives at the 26th Annual GLAAD Media Awards in Beverly Hills, Calif., on March 21, 2015. DeGeneres said she has tested positive for COVID-19 but is “feeling fine right now.” The producer of her daytime talk show says production has been put on hold until January. (Photo by Richard Shotwell/Invision/AP, File)

Production on her daytime talk show has been paused until January, producer Telepictures said in a statement that followed DeGeneres' Thursday announcement.

In an Instagram post, DeGeneres said anyone who was in close contact with her has been notified, adding that she's following “all proper CDC guidelines," a reference to the federal Centers for Disease Control and Prevention.

“I'll see you all again after the holidays. Please stay healthy and safe,” DeGeneres said in her post.

Reruns of “The Ellen DeGeneres Show” were to air starting Thursday.

When the coronavirus outbreak hit in March, DeGeneres shifted to taping without a studio audience, as did other talk shows. When the series began its 18th season in September, her show added fans virtually into the seats, then said it would allow a few dozen people into the studio.