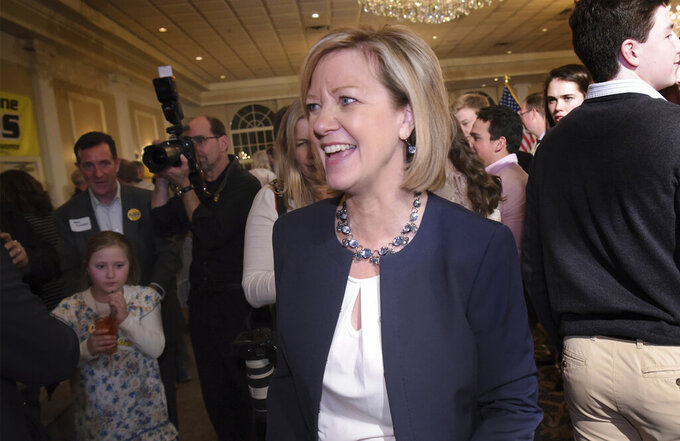 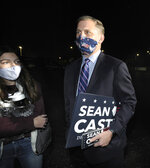 More than 3.5 million people in Illinois cast their ballots ahead of Election Day.

Voters also weighed in on other U.S. House races, legislative contests, a proposed constitutional amendment on income taxes and more.

Here's a look at the election:

Votes cast before Election Day hit record levels. Roughly half were by mail, which could slow down when some results are available. Mail ballots have to be postmarked on or before Nov. 3 and must arrive by Nov. 17 to be tallied.

At the top of the ballot was a proposed Illinois constitutional amendment changing the state's flat income tax to a graduated income tax that takes a larger percentage from wealthy residents. The change allows first-term Democratic Gov. J.B. Pritzker and the state's Democratic-controlled Legislature to address the state’s billions of dollars in debt.

The state's flat tax is currently 4.95% for individual payers. Approving an amendment to the Illinois Constitution requires three-fifths majority approval, or 60%, of all who vote on the question.

Durbin, the Senate's No. 2 Democrat, won reelection to a fifth term over four lesser-known challengers.

The candidates vying to replace him in Illinois’ only statewide race included Republican former Lake County Sheriff Mark Curran and wealthy Chicago businessman Willie Wilson, running under his own party.

They blasted Durbin as a career politician. Durbin touted his long record and leadership role and portrayed himself as a defender of the Affordable Care Act.

“Now we have work to do to vanquish this virus and rebuild our broken economy," he said in a statement Tuesday. "I am ready for the challenge.”

Republican Rep. Rodney Davis was reelected to a fifth term, fending off a challenge from Democrat Betsy Dirksen Londrigan.

It was the second matchup for the candidates after Davis narrowly won over Londrigan in 2018 by less than 1 percentage point. The GOP-heavy territory covers a swath of central and southwest Illinois, including farmland, universities and Illinois suburbs of St. Louis.

Davis, of Taylorville, told reporters Tuesday night that strong support for Trump in the district gave him a boost. He said the top issue going forward is fighting the coronavirus, including relief for small businesses. Davis tested positive for COVID-19 in August.

Democratic Rep. Sean Casten was elected to a second term after a spirited challenge from Republican Jeanne Ives in historically GOP territory outside Chicago.

Casten, a Downers Grove businessman and scientist, flipped the seat two years ago. Casten has touted his background as a scientist in addressing the coronavirus pandemic.

A former state lawmaker, Ives is a social and fiscal conservative from Wheaton. She argues Casten isn't a good fit for the district spanning suburbs north and northwest of Chicago.

In the primary, Newman ousted eight-term Rep. Dan Lipinski, one of the most conservative Democrats in Congress, in a win for abortion-rights supporters and women’s groups who long targeted Lipinski. Newman lost a 2018 challenge by 2 points.

It’s the first time in over three decades that a Lipinski won’t hold the seat. Lipinski’s father, Bill, was first elected in 1982.

Newman told The Associated Press that she was ready to “hit the ground running.”

“We’re going to have to continue to build bridges,” she said.

15TH DISTRICT: Republican Mary Miller won over over Democrat Erika Weaver for the seat left open by retiring Republican Rep. John Shimkus. The district covers much of southeastern Illinois, running along a section of the border with Indiana.

ILLINOIS SUPREME COURT: Illinois Supreme Court Justice Thomas Kilbride conceded defeat in his bid to retain his seat on the court, saying he fell short of the 60% of the votes needed. Kilbride was seeking a third 10-year term. The effort to boot him drew millions of dollars. He’s part of the court’s Democratic majority, which Republicans targeted.