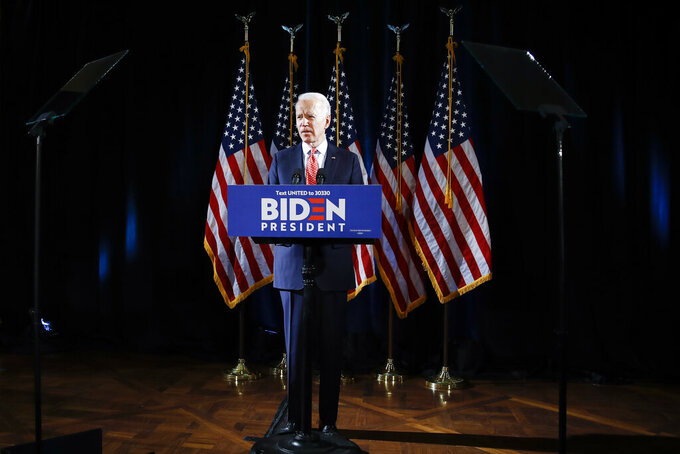 Democrats are making new moves toward a virtual presidential nominating convention this August, with a top party committee voting Tuesday to grant convention organizers in Milwaukee the authority to design an event that won’t require delegates to attend in person amid the coronavirus pandemic.

The Democratic National Committee's influential Rules & Bylaws Committee approved a plan that party Chairman Tom Perez said gives organizers “the tools necessary to adapt and plan” for a gathering and “ensure that every delegate is able to accomplish their official business without putting their own health at risk – whether that be participating in person or by other means to allow for social distancing.”

Under the resolution, the party's convention committee will be able to determine the convention's final dates, along with its “format, voting mechanisms, structure and other logistical aspects.” The proposal now goes to the full DNC membership, with the body expected to approve it in a mail ballot.

The expected action underscores how deeply COVID-19 has upended the 2020 presidential election, potentially forcing one or both major parties to dramatically alter their conventions in ways that not even the Civil War required in 1864. And it raises the possibility even further that Joe Biden will be nominated as his party’s standard-bearer without the traditional roll call vote from thousands of delegates across 57 U.S. states and territories.

“Our number one proposal is for the health and safety of the American people,” Perez said, emphasizing that final decisions haven't been made.

The resolution also would allow two of the most high-profile convention committees — the Rules Committee and the Credentials Committee — to conduct business without having their final reports approved by the full convention, a maneuver that could minimize some floor fights.

All convention delegates still will get to vote on the party platform.

If the plan gets the expected final approval, the resolution effectively would prevent national party officials from having to convene again ahead of the convention to approve any atypical convention protocols.

Perez had previously announced a delay of the convention, pushing it back from July 13-16 to the week of Aug. 17, the week before Republicans are set to gather in Charlotte, North Carolina. Republican National Committee Chairwoman Ronna McDaniel has left open the possibility of changes in the GOP convention, as well, though President Donald Trump has made clear his eagerness for the 2020 campaign to return to normal even as the coronavirus spreads.

Perez took a shot at his counterparts for not being more aggressive in altering their convention plans. He said Trump and McDaniel have downplayed the COVID-19 threat while asking for the federal government's help in securing personal protective equipment for GOP convention attendees.

Also Tuesday, Democrats' committee approved waivers for states that have postponed presidential primaries beyond the deadline of June 9 because of the pandemic. Five states delayed them until after the deadline spelled out in party rules. Kentucky and New York postponed their primaries until June 23, while Delaware and New Jersey are scheduled to vote July 7, and Louisiana is scheduled to hold its primary July 11.

Without the waivers, the states could lose half their delegates to the party’s national convention.

Biden is already the party’s presumptive nominee. With all the postponements, he has had to wait to compile the delegates necessary to win on the first convention ballot. Biden is now likely to clear that threshold in June.

The Democrats’ latest moves come as the Biden campaign continues negotiations with representatives from the campaign of Bernie Sanders, Biden’s last remaining rival, on various details about the party’s rules and platform. The two camps already have hammered out a deal on how to allocate delegates, so Sanders doesn’t lose delegates he’d earned before dropping out.

The candidates’ representatives are hammering out policy agreements as they try to avoid a bitter platform fight that could splinter the Democratic general election coalition, as happened four years ago when some of Sanders’ supporters never fully coalesced behind nominee Hillary Clinton.