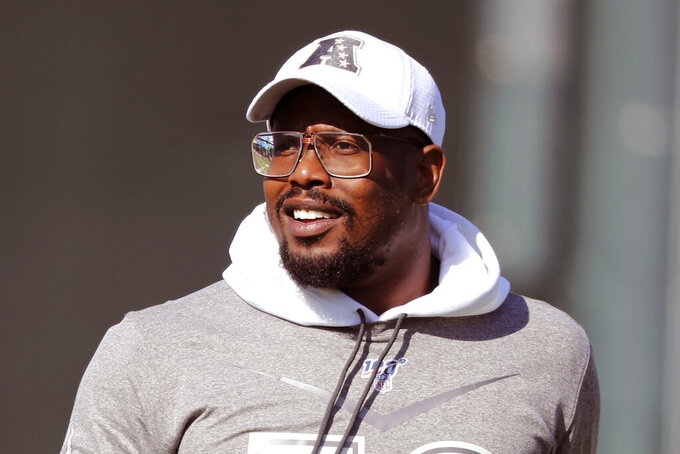 The move engages the final season of the six-year, $114.5 million contract Miller signed in 2016 in the aftermath of his Super Bowl 50 MVP performance.

It also guarantees him $7 million of his $17.5 million base salary.

Tuesday was the deadline to exercise his option or Miller, who turns 32 this month, would have become an unrestricted free agent. The Broncos tweeted without comment an image of Miller celebrating the team's Super Bowl triumph five years ago.

Miller has recovered from a freak ankle injury that sidelined him all of last season, and he recently was cleared of off-the-field concerns when the local district attorney's office declined to bring charges against him following an unspecified investigation by the Parker, Colorado, police department.

Before that, new general manager George Paton said he wanted Miller to remain in Denver but was monitoring his legal situation before committing to his return.

Miller was John Elway's first draft pick back in 2011, when he was the No. 2 overall pick behind Cam Newton, whom he dominated in Super Bowl 50 to help Denver beat Carolina 24-10 in Peyton Manning's farewell game.

Miller is the Broncos' all-time leader with 106 regular-season sacks and 25 forced fumbles. He is an eight-time Pro Bowler.

Last year he became the first NFL player and first superstar athlete to announce he'd contracted COVID-19. After recovering, he embarked on a strenuous strength and conditioning program and appeared primed for a big season before suffering an ankle tendon injury six days before the opener.

The move to keep Miller came a day after the Broncos agreed to three-year deals with Broncos veteran defensive end Shelby Harris and cornerback Ronald Darby, who spent last season in Washington.