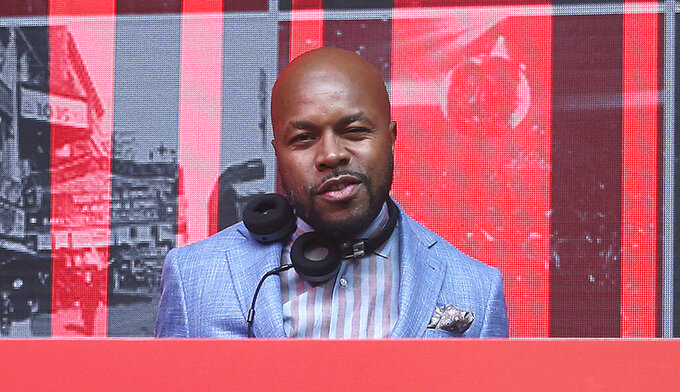 FILE - This June 4, 2018 file photo shows DJ D-Nice, whose real name is Derrick Jones, at the 13th Annual Apollo Theater Spring Gala After Party in New York. The DJ is among the entertainers who took the initiative to make the best out of a challenging year. During the pandemic's early stage, he hosted Homeschool at Club Quarantine on his Instagram Live, where he spun popular tunes on the turntables at his home. (Photo by Donald Traill/Invision/AP, File) 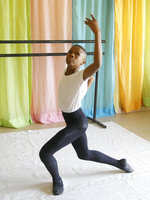 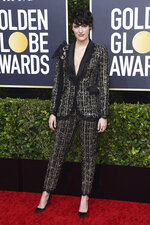 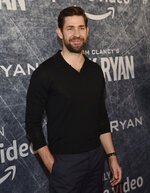 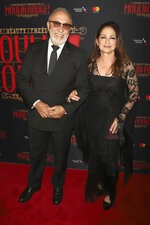 LOS ANGELES (AP) — Yes, 2020 may seem like a complete fail with all the constant bad news and tragic moments. It’s been filled with gloom and doom(scrolling), but some celebrities and those inspired by them have tried to brighten a bleak year.

Some like singer Dolly Parton donated money to fight the coronavirus, John Krasinski put a spotlight on good news at a crucial time and DJ D-Nice played music to dance away your anxiousness about the unfolding pandemic.

Here are a few examples of those efforts to make 2020 a little better for others.

In April, shortly after the coronavirus was declared a pandemic, country music icon Dolly Parton donated $1 million toward researching the virus at Vanderbilt University Medical Center in Nashville, Tennessee. The singer's donation was used to help fund the development of Moderna’s vaccine, the second experimental COVID-19 drug to yield extraordinarily strong early results during trials. Parton didn't stop there. She starred in Dolly Parton’s “Christmas on the Square,” playing an angel in the Netflix musical. She also put out new holiday music, “A Holly Dolly Christmas” with a same-titled TV special where she sang hymns, holiday pop classics and tunes from her new album, and shared her personal and faith-based Christmas memories. And if that wasn't enough, she had time to help Cyndi Lauper’s annual concert to combat youth homelessness, too.

In the second week of France's lockdown, Paris-based opera singer Stephane Senechal serenaded his neighbors with renditions of the French national anthem. He along with musicians — professional and amateur — sang from their balconies or windows to uplift neighbors. During France’s second lockdown, Senechal was back at his window, sharing his strong vocals a couple times a week.

During the pandemic’s early stage, DJ D-Nice created a virtual remedy for anyone dealing with the lockdown blues. He hosted Homeschool at Club Quarantine on his Instagram Live, where he spun popular tunes on the turntables at his home. His sets started with just a few hundred viewers — mainly friends — then blossomed to hundreds of thousands. An array of celebs even tuned in: from Rihanna and Janet Jackson to Jimmy Fallon and Mark Zuckerberg. Michelle Obama and Oprah Winfrey popped in for a listen, and even Stevie Wonder tried to use the “join” feature to be on screen with D-Nice and interact with him.

DANCING IN THE RAIN

Anthony Mmesoma Madu gained fame through a simple cellphone video of him performing the pirouette without shoes in the drizzling rain in Nigeria earlier this year. The 11-year-old Nigerian boy thought the footage would be used for a common film study session, but the video spread on social media thanks to his trainer, Daniel Ajala, who posted it. By the end of August, the video garnered more than 20 million views on social media including by actors Viola Davis and Cynthia Erivo. Impressed by his dancing, Erivo decided to sponsor Madu's training and helped bring the video to the attention of the New York-based American Ballet Theater, who offered him a scholarship.

When COVID-19 initially spread throughout the U.S., it resulted in a face mask shortage. Fashion designer Christian Siriano met the shortage with his own solution. After seeing the cases skyrocket, the “Project Runway” star tweeted New York Gov. Andrew Cuomo about doing his part. Siriano and his team pivoted from crafting gowns to making masks. He reassigned his 10 seamstresses in New York to produce thousands daily for health care workers on the frontlines. Separately, actors Nicole Ari Parker and her husband Boris Kodjoe gave away thousands of face masks to essential workers and first responders during the pandemic. Parker's apparel company, Gymwrap, turned its attention from making headbands to crafting masks for the couple's Help Our Heroes campaign. For every Gymwrap mask sold, they donate masks to frontline and essential workers who need them.

In March, Israeli opera singer Irit Stark brought comfort to her father who had been quarantined in his apartment for two weeks in Tel Aviv. Stark along with her son stopped by her father’s home for an improvised performance of “Habanera” from Georges Bizet’s opera “Carmen.” Stark’s father looked on from his second-story balcony, and some neighbors were brought to tears. He called her performance “absolutely refreshing.”

A friendly competition between music producers Swizz Beatz and Timbaland on social media started off to entertain homebound fans during the pandemic. But their platform eventually evolved into a place where some of music’s biggest stars could compete against each other in the same fashion. The two Grammy-winning legends created the “Verzuz” series, which faces off two musicians in a song-against-song battle on Instagram Live. The series has grown from a novel event to bridging music’s past and present. Some of the most epic battles have included John Legend vs Alicia Keys, Erykah Badu vs. Jill Scott, Gladys Knight vs Patti LaBelle, Gucci Mane vs Jeezy, Brandy vs Monica and Snoop Dogg vs DMX. An April battle between Babyface vs. Teddy Riley ended abruptly due to audio issues but was completed another night.

Gloria Estefan took action to help those in need. The singer and husband Emilio Estefan's restaurant Estefan Kitchen served up homemade meals for health care workers in Miami. For a month, the restaurant prepared, packaged and delivered to workers in what Gloria Estefan said was a “small way of thanking you." She also participated in a star-studded benefit virtual concert to honor nurses on Thanksgiving. The concert called Nurse Heroes Live, which was co-produced by Emilio Estefan, was a benefit that provided money for a variety of programs including scholarships for nurses and their children.

“Fleabag” creator and actor Phoebe Waller-Bridge auctioned off her Golden Globes suit for Australia brushfire relief. She placed her Ralph & Russo pantsuit up for auction, calling it an “incredible piece of art.” The tuxedo was praised as one of the fashion hits of the red carpet. She shared the news in the press room after accepting her award for best actress in a comedy or musical television series. An anonymous buyer bought the suit for $27,000.

John Krasinski wanted to create a place where people could smile. In late March, the actor tweeted to his 2.6 million-plus followers using the hashtag #SomeGoodNews, asking them to share feel-good stories that recently brought a smile to their face. He received thousands of heartwarming videos. His idea became so popular that Krasinski created a YouTube web series, “Some Good News,” focusing on positive and inspiring stories. He produced eight free episodes including an “Office” reunion, a “Hamilton” performance, a virtual prom and online graduations. His channel garnered more than 2.5 million subscribers before he sold the web series to CBS.

Rosie O’Donnell brought her talk show “The Rosie O'Donnell Show” back for one night to raise more than $600,000 for virus victims. O'Donnell hosted the March streaming special. It featured numerous appearances from Broadway, including Kristin Chenoweth, Gavin Creel and Gloria Estefan. The money went to The Actors Fund to help those in need during the pandemic.

In April, Robert De Niro and Leonardo DiCaprio united to offer a fan the chance to win a walk-on part in Martin Scorsese’s upcoming film, “Killers of the Flower Moon,” — starring both actors — as part of Michael Rubin’s online charity auction, the All In Challenge. The challenge coordinated offers by celebrities and athletes to raise funds to feed those in need during the pandemic. Beneficiaries included America’s Food Fund, launched by DiCaprio and others to help ensure people have reliable access to food.

Filmmaker Taika Waititi led a celebrity read-along of Roald Dahl’s novel “James and the Giant Peach.” He teamed up with the Roald Dahl Story Company to raise money for Partners in Health, a medical and social justice organization fighting COVID-19 and supporting public health systems in vulnerable areas around the world. Those joining Waititi included Meryl Streep, Chris and Liam Hemsworth, Cate Blanchett, Ryan Reynolds, Mindy Kaling, Benedict Cumberbatch, Lupita Nyong’o, Billy Porter, Sarah Paulson, and Camilla, the Duchess of Cornwall, all reading and performing characters in the story from their homes.