Dilemma: Only fools bet against Brady. Or against Mahomes 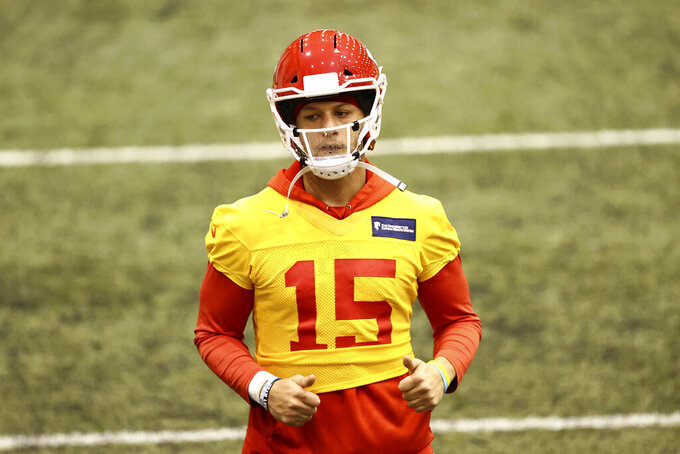 Only fools bet against Tom Brady. Or against Patrick Mahomes.

So here we are, with an on-time NFL championship game many expected would be delayed, if played at all. Two of the teams that best navigated through the COVID-19 protocols, then showed their wares impressively in the conference title contests, will share the stage at, of all places, Raymond James Stadium.

Yep, the home of the Tampa Bay Buccaneers, who on Sunday become the first team to play in a Super Bowl in its own building. Sort of figures with Brady on hand after all of his masterful work (and six rings) in New England.

“It was a great 20 years and at the end of the day, I had an opportunity to become a free agent,” Brady said. “I evaluated different opportunities and just tried to make the best possible decision for myself and my family. I chose Tampa and it’s just been an amazing experience.”

Particularly lately, though that's hardly any surprise for a guy whose 33 postseason victories lap the quarterbacks field. Tampa Bay (14-5) won three straight road playoff games, including at two intimidating places — the Superdome in New Orleans and Lambeau Field in Green Bay — to make it, well, back home.

Brady is not unbeatable in the big game, of course. In addition to twice beating the Rams and wins over the Panthers, Eagles — and two gifts, from the Falcons and Seahawks — his Patriots fell twice to the Giants and once to Philadelphia. Regardless, getting the Bucs here in his first full season, and during a pandemic, is special.

“It’s an intriguing story,” Brett Favre said. “I know there hasn’t been a story like this, a guy going to his 10th Super Bowl regardless of who it is with. But with a new team, a pandemic, and when I say pandemic ... it is hard enough to change teams for anybody at any level, but as a quarterback it is always harder, especially if the offensive terminology and concepts are totally foreign to you. And you can’t work with the team hands on. I can only imagine how difficult that would be: ‘Let’s show up for the first game and hopefully he will know what I am thinking and I will know what he is thinking.'"

Favre, working during Super Bowl week for SiriusXM NFL Radio, also figures Mahomes has listened enough about facing Brady. Favre faced a similar situation for the 1997 season as leader of the defending champion Packers when they went to the Super Bowl against a veteran QB headed for the Hall of Fame in John Elway.

“I am sure Patrick has heard a bunch until he is blue in the face, what’s it like playing against Tom Brady in the Super Bowl?” Favre said. "He played against him in playoff and (regular-season) games ...

“`How would you feel if he won his whatever number of Super Bowls?' I am sure Patrick has handled it gracefully. Much like myself: ‘John has come close many years, this may be his last opportunity, how would you feel Brett?’"

Mahomes isn't thinking about anything but a victory. That's how pro athletes, particularly superstars, are built.

“I’m trying to find a way to repeat, find a way to win a second championship and find a way to do whatever I can to win with this team,” Mahomes said. “You don’t get these opportunities every single year ... so you don’t want to look back and have regrets.”