From a distance, Bears' Nagy gets 1st look at rookie Fields 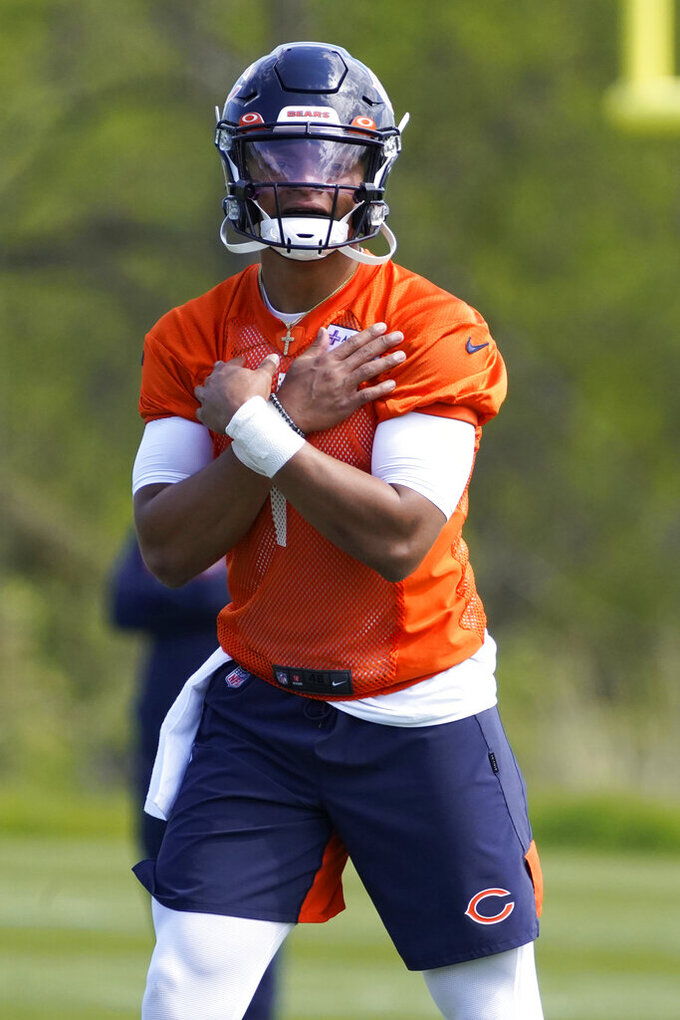 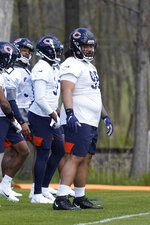 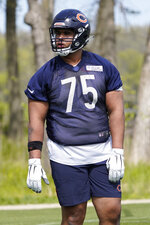 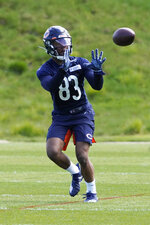 LAKE FOREST, IL (AP) — Chicago Bears rookie quarterback Justin Fields is taking it one step at a time even if a large amount of the team’s fan base wants him playing on opening night against the Los Angeles Rams.

For Fields, one step at a time means letting his head coach see him practice live first, and that wasn't even possible Friday on opening day of the team's rookie minicamp.

“I’m just taking it day by day, focusing on each day, each period, each play, on just perfecting that play and getting better,” Fields said. “That’s what I’m going to focus on. I’m going to take it little by little and not look too far ahead and take it day by day.”

Bears coach Matt Nagy couldn’t offer a first-hand appraisal of his quarterback’s first day on the field, mainly because he only saw it on a video screen. Nagy is under a COVID-19 quarantine after being ruled a high-risk contact with a family member who tested positive for the coronavirus.

“I do think it’s a really good reminder to all of us that the virus is obviously still very real,” Nagy said after practice in a virtual news conference. “And hopefully more and more of us will continue to go out and get our vaccines.

“I’m actually in the middle of mine right now. I’ve had my first shot and will be getting my second shot here in the near future.”

So the Bears had assistant Kyle Childress walking around the practice field with a tablet, sending live video back to the coach while the rookies performed.

“It’s definitely a little bit different,” Nagy said. “It wasn’t quite HD. It was a little blurry. But at the same time, I was able to tell whether it was a good play or not.”

From what Nagy could see, Fields didn’t disappoint for his first effort. He handled the huddle well even though he didn’t have much experience with a huddle in college, and his passing mechanics seemed fine to Nagy.

“I thought he seemed super calm,” Nagy added. “Everything, a lot of times in these camps things seem a thousand miles per hour and it didn’t seem that way from where I was.

“The ball did not touch the ground very much in the reps that he had passing the football, so that part was good.”

Fields connected on one nice deep throw to rookie receiver Dazz Newsome, but confined most of his throwing to the short and intermediate pass routes.

The challenge will be learning his new receivers, but mainly getting down the playbook.

From what Fields has seen of the playbook so far, it doesn’t appear much more complicated than the one he was used to under coach Ryan Day with the Ohio State Buckeyes.

“Everything else is pretty much the same when it comes to concepts and stuff like that.”

Veteran Andy Dalton is scheduled to be the Bears starter and Fields knows he’d be a long shot to be ready to start on opening day. It’s not preventing him from trying.

“I think everybody on our team should be striving for the starting job,” Fields said. “If you’re not, then there’s no reason for you to be here.

“Of course I’m going to do everything I can to get that starting job. It’s not up to me. Coach Nagy he has a set plan on my development and stuff like that. I’m just gonna work hard and keep my head down and keep grinding out there every day.”

The three-day camp is non-contact without pads and runs through Sunday. Then the rookies join the veterans next week for the start of voluntary on-field workouts.