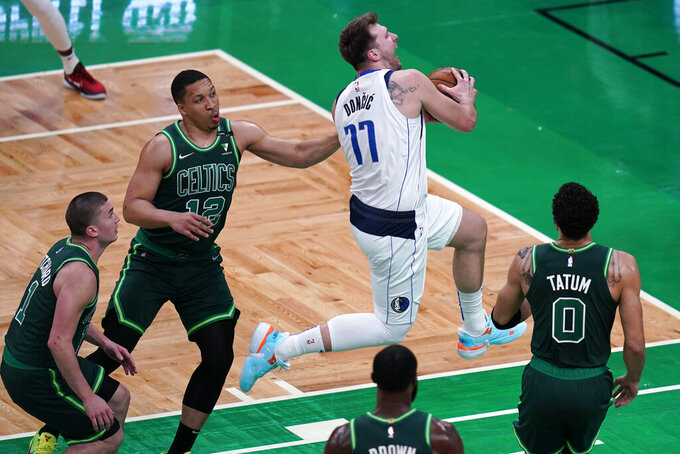 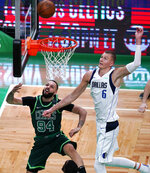 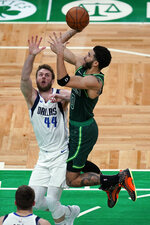 BOSTON (AP) — Luka Doncic had 36 points and eight rebounds and the Dallas Mavericks held on to beat the Boston Celtics 113-108 on Wednesday night.

Dallas led by as many as 23 points in the third quarter before the Celtics rallied to within single digits in the fourth. The Mavericks survived despite committing six of their 16 turnovers in the final 12 minutes.

“I thought when things got a little hairy down the stretch, the great thing we did was keep our poise," coach Rick Carlisle said. “We were able to get fouled, make free throws and get a key basket when we needed.”

Doncic had seven of Dallas' 19 3-pointers. He said his trust in taking deep shots late in the shot clock continues to grow.

“It’s repetition," he said. "But it’s also a lot of confidence. I think the confidence is the main thing here.”

Boston has lost its last two.

The Mavericks were clinging to a 104-98 lead when Doncic was fouled on a 3-point attempt with 56 seconds left. He connected on two of his three ensuing free throws.

Boston kept attacking and got within 109-107 on a Marcus Smart tip-in of a Tatum missed layup.

Stevens said Wednesday was another trip down a familiar road this year in which his team has endured mid-game lulls and been forced to play catch-up down the stretch.

“We’ve got to respond better in the middle of a game. And we just haven’t,” Stevens said.

How to solve those issues continues to be a mystery, Brown said.

“It’s just something that needs to be done. Whatever it is," he said. "I don’t know how to answer it.”

Wagner traded off the primary duties of guarding Porzingis with fellow Boston newbie Luke Kornet. They slowed him at times, but Porzingis was able to wear them down as the game wore on. The Mavericks big man missed the first meeting this season between the teams last month because of a sore back.

Dallas used a 20-5 run to take 61-39 lead late in the second quarter, hitting three consecutive 3s at one point. Doncic was nearly flawless in the half, connecting on 8 of 9 shots (5 of 6 from 3-point range) and scoring 24 points.

It prompted Celtics fans to voice their displeasure for the second straight game, raining boos down on the home team multiple times.

Walker and Tatum started a combined 3 of 15 from the field and Boston’s offense suffered. Tatum attempted to get himself going, but often slowed ball movement in the half court as he ate up possessions in isolation situations and repeatedly came up empty on shot attempts.