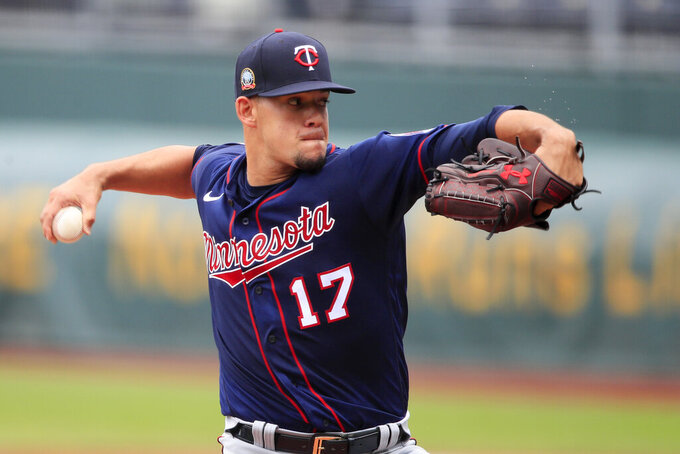 The Royals won their fourth in a row overall. The Twins lost all three at Kauffman Stadium and have dropped four straight.

Dozier, who hit 26 home runs last year and tied for the big league lead with 10 triples, hadn’t played this season while recovering from the virus. He quickly delivered, putting the Royals ahead 2-0 in the first inning.

“Each guy just keeps getting better and I’m really impressed,” Royals manager Mike Matheny said. “Dozier was in here pretty early today and we are happy he is back.”

Singer (1-1) allowed two runs and five hits in five innings. A 24-year-old righty, the Royals’ first-round draft pick in 2018 struck out four and walked two in his fourth start in the majors.

“I’m really happy about it, but hopefully it’s just the start,” Singer said. “I felt good the whole outing and my body felt strong.”

“We’re always ready to go,” Staumont said. “We’ve been fighting so the clubhouse was negative, but we knew we needed to change it.”

A wild pickoff throw by Singer helped the Twins scored twice in the third, keyed by Max Kepler’s RBI double.

“In general, the offense is probably a little flat,” Twins manager Rocco Baldelli said. “Why that is, couldn’t give you an exact answer. But I think that’s probably a point of emphasis and something we can focus on.”

Salvador Perez hit a sacrifice fly in the Royals third for a 3-2 lead.

Royals: OF Franchy Cordero was placed on the IL (right wrist sprain) and Dozier was reinstated.