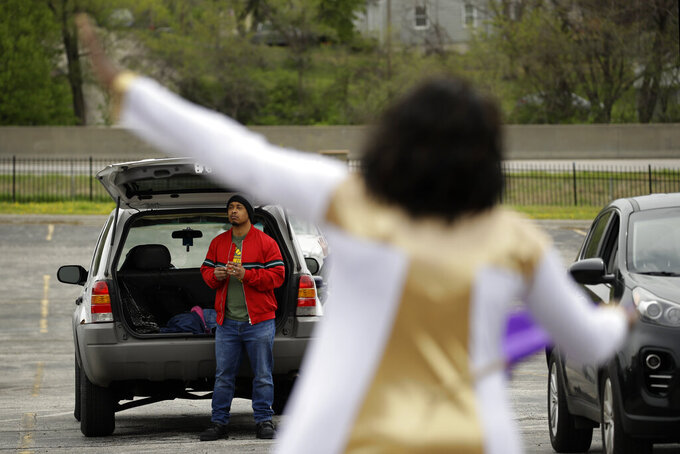 A dancer performs during a drive-in Easter Sunday service in the parking lot at the Faith City Christian Center Sunday, April 12, 2020 in Kansas City, Kan. With coronavirus prevention measures shuttering houses of worship, pastors across the country are urging parishioners to use their cars to safely bring their communities closer together. Drive-in churches are popping up so worshipers can assemble. (AP Photo/Charlie Riedel) 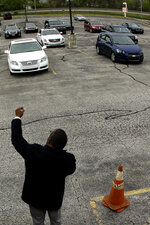 Democratic Gov. Laura Kelly on Sunday said she was “forced” to include places of worship in her bans on gatherings of more than 10 people amid the coronavirus pandemic.

“My top priority has always been the safety and well-being of all Kansans,” Kelly said in a statement. ““I know this pandemic is extremely hard for everyone.”

The Rev. Scott Hanks of Heritage Baptist Church declined to say how many people attended in-person services on Easter, but around 40 cars were parked at the Lawrence church. Hanks told the Lawrence Journal World that attendees followed social distancing guidelines.

The number of confirmed cases of COVID-19 in the state grew Sunday by 69, to 1,337. Kansas also reported another death, bringing the total to 56.