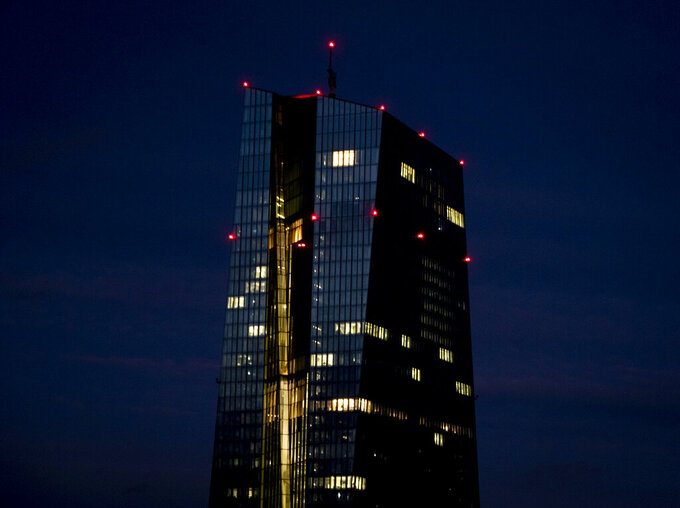 FRANKFURT, Germany (AP) — The head of the European Central Bank says the winter surge in COVID-19 cases and the emergence of mutated variants of the virus pose a “significant downside risk” to the economy despite hope from the start of vaccinations.

ECB President Christine Lagarde told a session of the European Parliament on Monday that “the mutations in the virus and the strict containment measures are a significant downside risk to the euro area economy.”

She reiterated the central bank's promise to keep pouring stimulus into the financial system to support the recovery: “Our pledge to preserve favourable financing conditions is crucial in the current environment.”

She added that it was essential for governments and the European Union to complement the central bank's efforts through spending to support businesses and through the EU's 750 billion-euro recovery fund based on collective borrowing.

The economy in the 19 countries that use the euro shrank 0.7% during the last three months of 2020 as businesses were hit by a new round of lockdowns aimed at containing a resurgence of the coronavirus pandemic. For the year, the eurozone shrank 6.8%. The near-term outlook for growth remains shaky and the International Monetary Fund has downgraded its 2021 growth forecast for the eurozone to 4.2% from 5.2%.

A slow start to vaccinations along with newer, more contagious variants of the coronavirus have combined to weigh on expectations for when a rebound might arrive. The number of new infections has started to fall in the wake of forced closures of many businesses and activities but governments remain wary lest the new variants get out of hand.

The ECB decided at its December meeting to add 500 billion euros to its ongoing bond purchase stimulus, bringing the total size of the effort to 1.85 trillion euros to run at least through March 2022. It has also kept interest rate benchmarks that affect borrowing conditions at record lows, and offered banks long-term cheap loans to keep them lending to companies. The cheap loans can come with negative interest rates, meaning the ECB pays the banks to borrow.